ProQuest LLC is an Ann Arbor, Michigan-based global information-content and technology company[1] founded in 1938 as University Microfilms. ProQuest provides solutions, applications, and products for libraries.[2] Its resources and tools support research and learning,[1] publishing and dissemination,[3] and the acquisition, management and discovery of library collections.[1]

From its founding as a producer of microfilm products and then as an electronic publisher,[4] the company has grown through acquisitions.[2] Today, the company provides tools for discovery and citation management and platforms that allow library users to discover, manage, use and share research[5] gained from authoritative content.[6] Total content, including dissertations and theses, ebooks, newspapers, periodicals, historical collections, governmental and cultural archives[7] and other aggregated databases is estimated at over 125 billion digital pages.[8] Content is accessed most commonly through library Internet gateways.[4] The current chief executive officer is Kurt P. Sanford.[9] ProQuest is part of Cambridge Information Group.

ProQuest was founded as a microfilm publisher.[10] It began publishing doctoral dissertations in 1939,[11] has published more than 3 million searchable dissertations and theses,[12] and is designated as an offsite digital archive for the United States Library of Congress.[13] The company's scholarly content includes dissertations and theses, primary source material, ebooks, scholarly journals, historical and current newspapers and periodicals, data sources, and other content of interest to researchers.[14] These are made available through a variety of Web-based interfaces.[15] A recent offering, ProQuest Video Preservation and Discovery Service, allows libraries to preserve and provide access to their proprietary audio and video collections.[16] 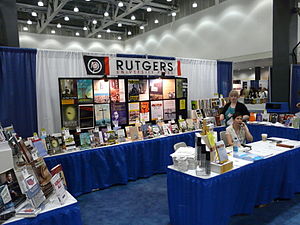 Eugene Power, a 1930 M.B.A. graduate of the University of Michigan, founded the company as University Microfilms in 1938, preserving works from the British Museum on microfilm. By June 1938, Power worked in two rented rooms from a downtown Ann Arbor funeral parlor, specializing in microphotography to preserve library collections. In his autobiography Edition of One, Power details the development of the company, including how University Microfilms assisted the OSS during World War II.[26] This work mainly involved filming maps and European newspapers so they could be shipped back and forth overseas more cheaply and discreetly.

Power also noticed a niche market in dissertations publishing. Students were often forced to publish their own works in order to finish their doctoral degree. Dissertations could be published more cheaply as microfilm than as books. ProQuest still publishes so many dissertations that its Dissertations and Theses collection (formerly called Digital Dissertations) has been declared the official U.S. off-site repository of the Library of Congress.[27]

As the dissertations market grew, the company expanded into filming newspapers and periodicals. The company's main newspaper database is ProQuest NewsStand.

In the 1980s, UMI began producing CD-ROMs that stored databases of periodicals abstracts and indexes. At a time when modem connections were slow and expensive, it was more efficient to mail database CD-ROMs regularly to subscribing libraries, who installed the discs on dedicated PCs. The ProQuest brand name was first used for databases on CD-ROM. An online service called ProQuest Direct was launched in 1995; its name was later shortened to just ProQuest.[31] The bibliographic databases are mainly sold to schools, universities and libraries.

In 1998, the company announced the "Digital Vault Initiative", purported to include 5.5 billion images digitized from UMI microfilm, including some of the best existing copies of major newspapers dating back 100 to 150 years, and Early English books dating back to the 15th century. While work continues to digitize the contents of the microfilm vault, ProQuest is already providing navigation of 125 billion digital pages, including nearly 20 million pages of newspaper content dating from pre-Revolutionary War America.

Also in 1999, the company acquired Chadwyck-Healey, a one-time microfilm publishing company that was one of the first to produce full-text CD-ROM databases. This acquisition gave Proquest ownership of a 100+ person publishing operation based in Cambridge, England and became the basis for a substantial overseas expansion.

During the 2000 - 2004 fiscal years, as well as the first three quarters of the 2005 fiscal year, ProQuest systematically overstated its net income. Cumulatively, pre-tax profits were overstated by 129.9 million dollars (or about 31 percent).[33] In 2008, Voyager Learning Company and ProQuest's CFO (from the time of the earnings overstatements) settled SEC "charges without admitting or denying the allegations of the SEC's complaint."[34]

In 2007, ProQuest Information and Learning was merged with CSA to form ProQuest CSA. Later that year it was renamed ProQuest LLC.

In 2008, ProQuest LLC acquired complete ownership of RefWorks, a web-based citation manager of which it had been part owner since 2001. RefWorks was merged with ProQuest's existing COS business to form RefWorks/COS.[39]

In 2013, ProQuest acquired Ebook Library (EBL), with plans to combine the strongest features of ebrary and EBL into a single, comprehensive e-book platform.[44]

In 2015, ProQuest acquired SiPX[46] and Coutts Information Services, including the MyiLibrary platform and the Online Acquisitions and Selection Information System (OASIS).[47]

In October 2015, ProQuest acquired Ex Libris. The new entity will be known as "Ex Libris, a ProQuest Company".[48]