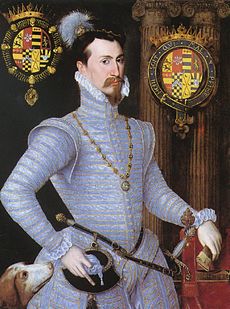 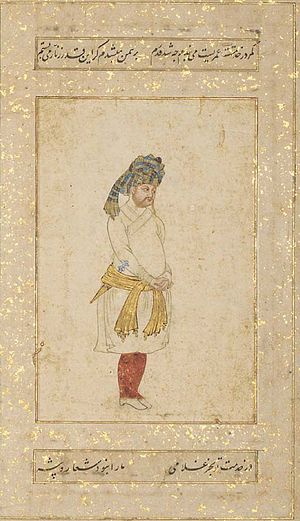 A disgruntled courtier compares himself to a nobleman

A courtier (/ˈkɔːrtiə/; French: [kuʁtje]) is a person who is often in attendance at the court of a king or other royal personage.[1] Historically the court was the centre of government as well as the residence of the monarch, and the social and political life were often completely mixed together. 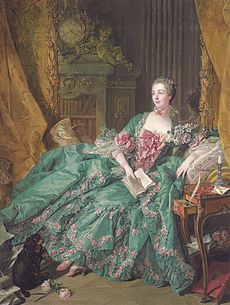 Monarchs very often expected the more important nobles to spend much of the year in attendance on them at court. Not all courtiers were noble, as they included clergy, soldiers, clerks, secretaries, and agents and middlemen of all sorts with regular business at court. Those personal favorites without business around the monarch, sometimes called the camarilla, were also considered courtiers. Promotion to important positions could be very rapid at court, and for the ambitious there was no better place to be. As social divisions became more rigid, a divide, barely present in Antiquity or the Middle Ages, opened between menial servants and other classes at court, although Alexandre Bontemps, the head valet de chambre of Louis XIV was a late example of a "menial" who managed to establish his family in the nobility. The key commodities for a courtier were access and information, and a large court operated at many levels - many successful careers at court involved no direct contact with the monarch.

The largest and most famous European court was that of the Palace of Versailles at its peak, although the Forbidden City of Beijing was even larger and more isolated from national life. Very similar features marked the courts of all very large monarchies, whether in Delhi, Topkapı Palace in Istanbul, Ancient Rome, Byzantium, or the Caliphs of Baghdad or Cairo. Early medieval European courts frequently traveled from place to place following the monarch as he traveled. This was particularly the case in the early French court. But, the European nobility generally had independent power and was less controlled by the monarch until roughly the 18th century, which gave European court life a more complex flavour.

The earliest courtiers coincide with the development of definable courts beyond the rudimentary entourages or retinues of rulers. There were probably courtiers in the courts of the Akkadian Empire where we find evidence of court appointments like that of Cupbearer which was one of the earliest court appointments and remained a position at courts for thousands of years.[2] Two of the earliest titles referring to the general concept of a courtier were likely the ša rēsi and mazzāz pāni of the Neo-Assyrian Empire.[3]

The imperial court of the Byzantine Empire at Constantinople would eventually contain at least a thousand courtiers.[7] The court's systems became prevalent in other courts such as those in the Balkan states, the Ottoman Empire, and Russia.[8] Byzantinism is a term that was coined for this spread of the Byzantine system in the 19th century.[9] 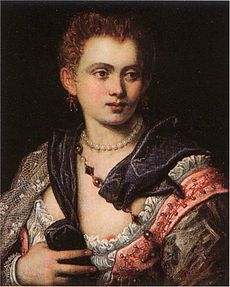 In modern literature, courtiers are often depicted as insincere, skilled at flattery and intrigue, ambitious and lacking regard for the national interest. More positive representations of the stereotype might include the role played by members of the court in the development of politeness and the arts.[citation needed]

In modern English, the term is often used metaphorically for contemporary political favourites or hangers-on.

Examples of famous courtiers in fiction