Sir D'Arcy Wentworth Thompson CB FRS[1] FRSE (2 May 1860 – 21 June 1948) was a Scottish biologist, mathematician and classics scholar. He was a pioneer of mathematical biology,[2] travelled on collecting expeditions to the Bering Straits and held the position of Professor of Natural History at St Andrews for 31 years.

Thompson is mainly remembered as the author of the distinctive 1917 book On Growth and Form, written largely in Dundee in 1915. Peter Medawar, the 1960 Nobel Laureate in Medicine, called it "the finest work of literature in all the annals of science that have been recorded in the English tongue".[3] The book led the way for the scientific explanation of morphogenesis, the process by which patterns are formed in plants and animals. Thompson recognised, however, that the book was descriptive, and did not present experimental hypotheses.

Thompson's description of the mathematical beauty of nature stimulated thinkers as diverse as Alan Turing and Claude Lévi-Strauss; and artists including Henry Moore, Salvador Dalí and Jackson Pollock. The Zoology Museum in Dundee, named for Thompson, displays a collection of artworks inspired by his ideas. He was elected a Fellow of the Royal Society, was knighted, and received the Darwin Medal and the Daniel Giraud Elliot Medal.

Thompson was the son of D'Arcy Thompson (1829–1902), Professor of Greek at Queen's College, Galway.[4] (The latter was probably named for D'Arcy Wentworth (1762–1827) who narrowly escaped conviction on a fourth charge of highway robbery by volunteering for transportation to Botany Bay as an assistant surgeon, arriving in June 1790.) He received his secondary education at the Edinburgh Academy, which he attended from 1870 to 1877, and won the 1st Edinburgh Academical Club Prize in 1877.[5] In 1878, he matriculated at the University of Edinburgh to study medicine. Two years later, he shifted his studies to Trinity College in the University of Cambridge,[6] obtaining the Bachelor of Arts in Natural Science in 1883.[4] In 1884, he was appointed Professor of Biology (later Natural History) at University College, Dundee, a post he held for 32 years. One of his first tasks was to create a Zoology Museum for teaching and research - at the time this was regarded as one of the largest in the country, specialising in Arctic zoology due to his links to the Dundee whalers. In 1896 and 1897, he went on his own epic expeditions to the Bering Straits, representing the British Government in an international inquiry into the fur seal industry. He took the opportunity to collect many valuable specimens for his museum, including a Japanese spider crab (still in the museum today) and the rare skeleton of a Steller's Sea Cow. 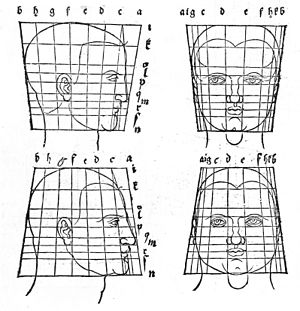 Thompson was inspired by the work of Albrecht Dürer.[7]

While in Dundee he was on the committee of management of the Dundee Private Hospital for Women.[8]

In 1917, Thompson was appointed to the Chair of Natural History at St Andrews University, remaining there for the last 31 years of his life. He became a well known and much loved figure in the town, walking its streets in gym shoes with a parrot on his shoulder, and contributing a stylish and scholarly essay on St Andrews to Country Life magazine in October 1923. Elected a Fellow of the Royal Society in 1916,[1] he was knighted in 1937 and was awarded the Darwin Medal in 1946. For his revised On Growth and Form, he was awarded the Daniel Giraud Elliot Medal from the United States National Academy of Sciences in 1942.[9]

"This is but a little town, and our lives are somewhat narrow who dwell therein; but its traditions are not lost, nor the lessons of its long history thrown away....the stones cry out to us as we pass....only last week I went down to the little ancient church of Saint-Julien-le-Pauvre in Paris, and passed through it to stand for a moment (as I often do) in the deserted garden whence one looks across the river and gets the finest view of all of Notre Dame....here have been civilization, religion and learning for a few short centuries longer than in St Andrews....yet these two spots have a like influence on my mind and rejoice my heart with a train of shadowy memories."

On Growth and Form

Thompson's most famous work, On Growth and Form was written in Dundee, mostly in 1915, though wartime shortages and his many last-minute alterations delayed publication until 1917. The central theme of the book is that biologists of its author's day overemphasized evolution as the fundamental determinant of the form and structure of living organisms, and underemphasized the roles of physical laws and mechanics. He advocated structuralism as an alternative to survival of the fittest in governing the form of species.

He had previously criticized Darwinism in his paper Some Difficulties of Darwinism in an 1884 meeting for the British Association for the Advancement of Science. On Growth and Form explained in detail why he believed Darwinism to be an inadequate explanation for the origin of new species. He did not reject natural selection, but regarded it as secondary to the origin of biological form.[10] Instead, he advocated structuralism as an alternative to natural selection in governing the form of species, with the smallest hint of vitalism as the unseen driving force.[11]

On the concept of allometry, the study of the relationship of body size and shape, Thompson wrote:

An organism is so complex a thing, and growth so complex a phenomenon, that for growth to be so uniform and constant in all the parts as to keep the whole shape unchanged would indeed be an unlikely and an unusual circumstance. Rates vary, proportions change, and the whole configuration alters accordingly.

Thompson pointed out - in example after example - correlations between biological forms and mechanical phenomena. He showed the similarity in the forms of jellyfish and the forms of drops of liquid falling into viscous fluid, and between the internal supporting structures in the hollow bones of birds and well-known engineering truss designs. His observations of phyllotaxis (numerical relationships between spiral structures in plants) and the Fibonacci sequence has become a textbook staple.

Perhaps the most famous part of the work is chapter XVII, "The Comparison of Related Forms," where Thompson explored the degree to which differences in the forms of related animals could be described by means of relatively simple mathematical transformations.[12]

Utterly sui generis, the book has never conformed to the mainstream of biological thought. It does not really include a single unifying thesis, nor does it often attempt to establish a causal relationship between the forms emerging from physics with the comparable forms seen in biology. It is a work in the "descriptive" tradition; Thompson did not articulate his insights in the form of experimental hypotheses that can be tested. He was aware of this, saying that "This book of mine has little need of preface, for indeed it is 'all preface' from beginning to end."[13]

In 1918 he delivered the Royal Institution Christmas Lecture on The Fish of the Sea.

Thompson was a visual thinker, and the lyrical and aesthetic terms in which he describes the mathematical beauty of nature have appealed to readers in varied disciplines, something D'Arcy himself would have approved of as an advocate of interdisciplinary thinking. On Growth and Form has inspired thinkers including biologists Julian Huxley and Conrad Hal Waddington, mathematician Alan Turing and anthropologist Claude Lévi-Strauss. The book has powerfully influenced architecture and has long been a set text on architecture courses. On Growth and Form has inspired artists including Henry Moore, Richard Hamilton and Jackson Pollock. In 2011 the University of Dundee was awarded a £100,000 grant by The Art Fund to build a collection of art inspired by his ideas and collections, much of which is displayed in the D'Arcy Thompson Zoology Museum in Dundee.[14]

The original Zoology Museum established by Thompson at Dundee became neglected after his move to St. Andrews and in 1956 the building it was housed in was scheduled for demolition and the museum collection was dispersed, with some parts going to the British Museum. However a core teaching collection was retained and now forms the core of the University of Dundee's D'Arcy Thompson Zoology Museum, which can be found in the basement of the University's Carnelley Building and is open to the public on Friday afternoons in the summer, or by appointment.[14]