Dagbladet (lit.: The Daily Magazine) is Norway's second largest tabloid newspaper, and the third largest newspaper overall with a circulation of 105,255 copies in 2009, 18,128 papers less than in 2008.[1] The editor in chief is John Arne Markussen.

Dagbladet is published six days a week and includes the additional feature magazine Magasinet every Saturday.

Dagbladet was founded in 1869 by Anthon Bang. Hagbard Emanuel Berner served as its first editor in chief and the first issue was published on January 2, 1869. From 1884 to 1977 the newspaper was affiliated to the Liberal party (Venstre).[2] Since 1977, it has officially been politically neutral, though it has kept its position as a liberal newspaper, also incorporating some cultural radical stands in issues like the language struggle, church policies, feminism, intimate relationship, criminal care etc. The newspaper was in 1972 against Norway joining the EU, but had changed to pro in 1994.[3]

Dagbladet has played an important role in development of new editorial products in Norway. In 1990, the newspaper was the first in Norway to publish a Sunday edition in more than 70 years, and in 1995 it became the first of the major Norwegian newspapers with an online edition. In 2007 it had a circulation of 204,850 copies.[4] The actual first newspaper was a regional paper called 'Brønnøysunds Avis'. Over the past few years Dagbladet has had success with the Saturday supplement Magasinet which reaches 25.3% of the adult population of Norway.[5]

The paper received some international attention in July 2006 when it ran a story in support of the 9/11 Truth Movement. The article, "The Third Tower", came a few weeks after Le Monde Diplomatique's Norway edition ran a similar front page story.[6]

Due to the declining of daily circulation the newspaper the last couple of years have reduced the number of workers with some hundreds. Because of this the newspaper focused more on "simpler news". But recent years the newspaper have chosen an editorial direction on hard news.[citation needed]

Dagbladet was previously owned by the privately held company Berner Gruppen. Jens P. Heyerdahl was the largest owner and had effective control through several different companies. DB Medialab AS also owned 50% of the Norwegian web portal and ISP start.no and ran the online community Blink from 2002 to 2011.[7]

In June 2013, Dagbladet with online products was sold from Berner Gruppen to Aller Media for reportedly about 300 million Norwegian kroner.[8]

The online edition of Dagbladet was launched on 8 March 1995[9] following Brönnöysundsavis, a local newspaper.[10] Dagbladet.no claims a readership of nearly 800,000 per day, 1,700,000 per week, which makes it amongst Europe's most successful web newspapers when measured against both population and readership of mother newspaper.

On 10 November 1989, the day after the fall of the Berlin wall, Dagbladet made no reference to the fall at its frontpage and instead featured the headline "Let the children swear", a quote from child psychologist Magne Raundalen. This caused criticism and ridicule of the newspaper for being overly tabloid.[11]

Former Minister of Health, Tore Tønne, committed suicide allegedly following Dagbladet's investigations over alleged economic improprieties committed after the conclusion of his term in the Norwegian cabinet. Dagbladet was criticized by the Norwegian Press Association. The paper reprinted the Danish newspaper Jyllands-Posten's 12 Muhammad Cartoons in 2005.[12]

In May 2011 Dagbladet lost a libel case Oslo District Court against ambulance driver Erik Schjenken for printing factual errors about the Paramedics incident in Oslo 2007 and was ordered to pay a compensation of 1 million Nkr. In 2013 Dagbladet lost the appeal case in Borgarting Court of Appeal, but the legal ruling was slightly changed and the compensation reduced to 200,000 Nkr.[13] In May, 2013, Dagbladet appealed the case to the Supreme Court of Norway.[14]

The newspaper encountered criticism over a cartoon published in November 2011 that equated the holocaust with the situation in the Gaza Strip.[citation needed] In 2013, Abraham Cooper of the Simon Wiesenthal Center, Jewish communities and human rights organizations claimed that a cartoon depicting the Jewish tradition of circumcision as barbaric was anti-semitic.[15] Editor of the culture-and opinion sections in Dagbladet Geir Ramnefjell dismissed the criticism of the 2013 drawing, stating that it was an "innocent ridicule of religious practice and nothing more than that".[16] Dagbladet also defended the caricature in an editorial 3 June 2013. The Norwegian Centre Against Racism and the Mosaic community in Norway filed a complaint about the caricature to the Norwegian Press Complaints Commission which did not find Dagbladet at fault.[17][18] 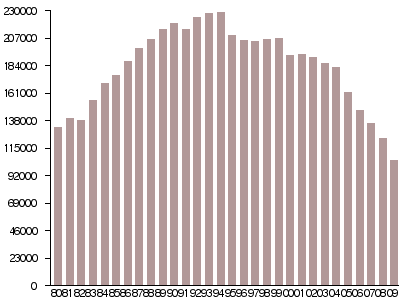