Dania Beach is a city in Broward County, Florida, United States. As of the 2010 census, the city's population was 29,639.[6] It is part of the South Florida metropolitan area, which was home to 5,564,635 people at the 2010 census. Dania Beach is the location of one of the largest jai alai frontons in the United States, Dania Jai Alai and Casino.[7] It was formerly the location for two amusement centers; one named Boomers! (formerly Grand Prix Race-O-Rama), which housed the Dania Beach Hurricane roller coaster, and the other being Pirate's World amusement park, which was featured in Barry Mahon's Thumbelina. It is also home to the IGFA Fishing Hall of Fame & Museum.

Dania Beach was the first official municipality to be incorporated into Broward County. Starting as a settlement called Modello, it was incorporated in November 1904. Most of the 35 residents were of Danish ancestry, and they changed the name of the town to Dania. On January 4, 1926, Dania voted to become part of its larger and more prosperous neighbor, Hollywood. But after the September 1926 Miami hurricane decimated Hollywood’s fortunes, Dania reincorporated itself into a city.[1][8] Some areas decided to stay within Hollywood, leading to Dania's current disjointed city boundaries. On November 1998, Dania formally changed its name to Dania Beach; however Dania is still commonly used to refer to the city. In 2001, the city annexed several unincorporated areas of Broward County increasing the population by about 3,600 people.[1]

Formerly known as the "Tomato Capital of the World," once the city went from a farming settlement to an urban city, it soon took on the name "The Antique Capital of the South," due to its many antique shops in Downtown Dania Beach, especially along Federal Highway, known as the city's "Antique Row."[1] 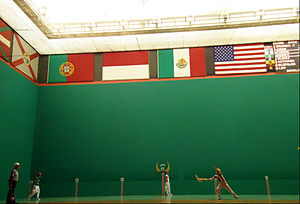 Dania Beach's boundaries are Fort Lauderdale to the north, Hollywood to the south, Hollywood and the Atlantic Ocean to the east, and Davie along with the Hollywood Seminole Indian Reservation to the west of the city.

As of 2000, Dania Beach had the 127th highest percentage of Cuban residents in the US, at 1.69% of the city's population (tied with Fort Lauderdale and Parkland.)[13]

The airline Sun Air International has its headquarters in Dania Beach.[14][15]

American Maritime Officers is headquartered in Dania Beach, as is the Alec Bradley Cigar Co., a maker of hand-rolled cigars.

Dania Beach is a part of the Miami-Fort Lauderdale-Hollywood media market, which is the 12th largest radio market[19] and the 17th largest television market[20] in the United States. Its primary daily newspapers are the South Florida-Sun Sentinel and The Miami Herald, and their Spanish-language counterparts El Sentinel and El Nuevo Herald.

Dania Beach is served by the Fort Lauderdale Airport station on the Tri-Rail. It is also served by several Broward County Transit buses.