Del Norte County is a county located at the far northwest corner of the U.S. state of California, along the Pacific Ocean adjacent to the Oregon border. As of the 2010 census, the population was 28,610.[4] The county seat and only incorporated city is Crescent City.[5] Del Norte is the shortened Spanish nickname for "the land of the north" (la tierra del norte). Despite its Spanish etymology, official pronunciation of the name is to drop the trailing "e" and simply say "Del Nort."[citation needed]

The rural county is notable for forests containing giant Coast Redwoods, with some attaining heights over 350 feet (110 m). This northernmost county on the California coast also has scores of unique plants and flowers, dozens of species of coastal birds and fish, rocky primitive beaches and sea stacks, pristine rivers, and historic lighthouses. Del Norte is also known among Bigfoot enthusiasts as the location of the famous Patterson–Gimlin film, as well as being the location of some of the forest scenes used in Return of the Jedi.

The area that is now known as Del Norte was and still is inhabited by the Yurok (Klamath River Indians) and Tolowa Nations of indigenous peoples. The first European American to explore this land was pioneer Jedediah Smith in the mid-19th century. He was the first European American to reach the area overland on foot in a time before the European Americans knew anything about such a distant territory. For him it was literally "Land's End" — where the American continent ended at the Pacific Ocean. In 1855 Congress authorized the building of a lighthouse at "the battery point" (a high tide island on the coast of Crescent City) which is still functioning as a historical landmark.

Del Norte County was established in 1857, from part of the territory of Klamath County following the great California Gold Rush. Klamath County itself ceased to exist in 1874.

The mountainous terrain associated with the Coastal Range and the Klamath Mountains dominates Del Norte County's geography. Elevation ranges from sea level to over 6,400 feet. Although much of the county is made up of steep terrain, there are small patches of flat terrain along the coast and in isolated mountain valleys. There are 37 miles of coastline in the county, forming a coastal zone that covers approximately 51,000 acres (80 square miles). A broad coastal plain can be found in the northwest portion of the county with the western edge of the Klamath Mountains as its easterly boundary. Rising abruptly from the coastal plain, the Klamath Mountains extend north into Oregon and are situated between the Cascade Range to the east and the Coast Range to the north.[7] 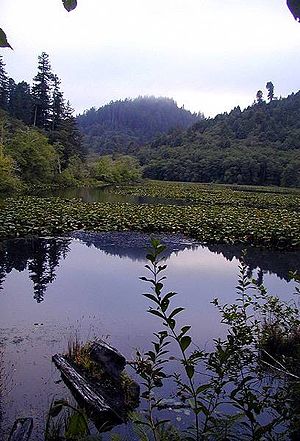 There were 9,170 households out of which 33.5% had children under the age of 18 living with them, 50.0% were married couples living together, 13.6% had a female householder with no husband present, and 31.4% were non-families. 25.3% of all households were made up of individuals and 10.1% had someone living alone who was 65 years of age or older. The average household size was 2.58 and the average family size was 3.08.

Del Norte County is home to a satellite campus of College of the Redwoods, a two-year college based in Humboldt County.

Del Norte County has one of just five combined county office of education-unified school district learning educational agencies (LEA) in the state of California, with one elected Board of Trustees that serves both agencies, and one superintendent overseeing both the County Office of Education, and the Unified School District.

SkyWest Airlines conducts passenger flights to and from Jack McNamara Field Airport. The majority of flights connect to San Francisco International Airport through Arcata-Eureka Airport and vice versa, although a connection is also available to Sacramento.[30]

The Crescent City Harbor serves as a commercial fishing port for salmon, shrimp, tuna, cod, and dungeness crab commercial fishing boats. Nearly 50% of all dungeness crab served in California restaurants is off-loaded in this harbor.[citation needed] The harbor is also home to multiple fishing and non-fishing related businesses and harbor governmental offices. The harbor also has several pleasure boat docks.

Crescent City is the county seat of and only incorporated city in Del Norte County. Its population count includes the inmates of Pelican Bay State Prison located ten miles north of the city. 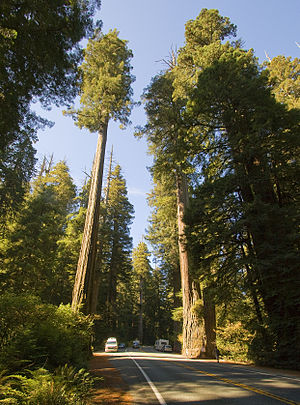