The Diocesan Theological Institute was an Anglican seminary founded by John Strachan in Cobourg, Canada West, on 10 January 1842. In 1852 the Institute was succeeded by the Faculty of Divinity of the Trinity University, Toronto, itself a federated university with the University of Toronto from 1904. The Trinity College Literary Institute, one of Canada's oldest student and debating societies, began as the debating society of the Diocesan Theological Institute in the 1840s.

The seminary building was designed by Henry Bowyer Lane, later acquired as a school by and in 1906 Mary Haskell of Chicago[1] bought the home and was altered as a private residence at 174 Green Street (Haskell House).[2][3] 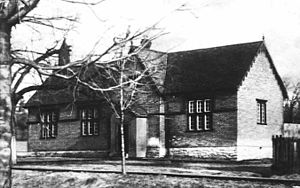