From Infogalactic: the planetary knowledge core
Jump to: navigation, search
Not to be confused with Divinization. For other uses, see Divination (disambiguation).

Divination (from Latin divinare "to foresee, to be inspired by a god",[2] related to divinus, divine) is the attempt to gain insight into a question or situation by way of an occultic, standardized process or ritual.[3] Used in various forms throughout history, diviners ascertain their interpretations of how a querent should proceed by reading signs, events, or omens, or through alleged contact with a supernatural agency.

Divination can be seen as a systematic method with which to organize what appear to be disjointed, random facets of existence such that they provide insight into a problem at hand. If a distinction is to be made between divination and fortune-telling, divination has a more formal or ritualistic element and often contains a more social character, usually in a religious context, as seen in traditional African medicine. Fortune-telling, on the other hand, is a more everyday practice for personal purposes. Particular divination methods vary by culture and religion.

Divination is dismissed by the scientific community and skeptics as being superstition. In the 2nd century, Lucian devoted a witty essay to the career of a charlatan, "Alexander the false prophet", trained by "one of those who advertise enchantments, miraculous incantations, charms for your love-affairs, visitations for your enemies, disclosures of buried treasure, and successions to estates",[4] even though most Romans believed in prophetic dreams and charms. 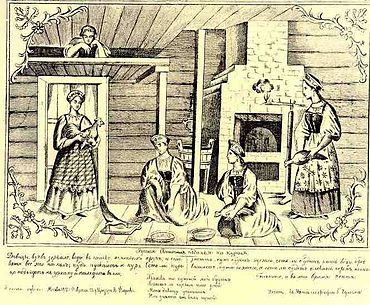 In addition to these four broad categories, there is palmistry, also called chiromancy, a practice common to many different places on the Eurasian landmass;[6] it has been practised in the cultures of India, Tibet, China, Persia, Sumeria, Ancient Israel and Babylonia. In this practice, the diviner examines the hands of a person for whom they are divining for indications of their future.

The Oracle of Amun at the Siwa Oasis was made famous when Alexander the Great visited it after delivering Egypt from Persian rule in 332 BC.

Deuteronomy 18:10-12 or Leviticus 19:26 can be interpreted as categorically forbidding divination. However, some would claim that divination is indeed practiced in the Bible, such as in Exodus 28, when the Urim and Thummim are mentioned. Some would also say that Gideon also practiced divination, though when he uses a piece of fleece or wool in Judges 6:36-40 , he is not attempting to predict the outcome of an important battle; rather, he is communicating with God. Communicating with God through prayer is not the same as divination, though both are open, typically two-way conversations with God. In addition, the method of "casting lots" used in Joshua 14:1-5 and Joshua 18:1-10 to divide the conquered lands of Canaan between the twelve tribes is not seen by some as divination, but as done at the behest of God (Numbers 26:55).

Both oracles and seers in ancient Greece practiced divination. Oracles were the conduits for the gods on earth; their prophecies were understood to be the will of the gods verbatim. Because of the high demand for oracle consultations and the oracles’ limited work schedule, they were not the main source of divination for the ancient Greeks. That role fell to the seers (μάντεις in Greek).

Seers were not in direct contact with the gods; instead, they were interpreters of signs provided by the gods. Seers used many methods to explicate the will of the gods including extispicy, bird signs, etc. They were more numerous than the oracles and did not keep a limited schedule; thus, they were highly valued by all Greeks, not just those with the capacity to travel to Delphi or other such distant sites.

The disadvantage to seers was that only direct yes-or-no questions could be answered. Oracles could answer more generalized questions, and seers often had to perform several sacrifices in order to get the most consistent answer. For example, if a general wanted to know if the omens were proper for him to advance on the enemy, he would ask his seer both that question and if it were better for him to remain on the defensive. If the seer gave consistent answers, the advice was considered valid.

At battle, generals would frequently ask seers at both the campground (a process called the hiera) and at the battlefield (called the sphagia). The hiera entailed the seer slaughtering a sheep and examining its liver for answers regarding a more generic question; the sphagia involved killing a young female goat by slitting its throat and noting the animal’s last movements and blood flow. The battlefield sacrifice only occurred when two armies prepared for battle against each other. Neither force would advance until the seer revealed appropriate omens.

Because the seers had such power over influential individuals in ancient Greece, many were skeptical of the accuracy and honesty of the seers. Of course the degree to which seers were honest depends entirely on the individual seers. Despite the doubt surrounding individual seers, the craft as a whole was well regarded and trusted by the Greeks.[7]

The divination method of casting lots (Cleromancy) was used by the remaining eleven disciples of Jesus in Acts 1:23-26 to select a replacement for Judas Iscariot. Therefore, divination was arguably an accepted practice in the early church. However, divination became viewed as a pagan practice by the institutional Christian church.[citation needed] The Catholic Church later passed canon laws forbidding the practice of divination.[citation needed] In 692 the Quinisext Council, also known as the "Council in Trullo" in the Eastern Orthodox Church, passed canons to eliminate pagan and divination practices.[8] Fortune-telling and other forms of divination were widespread through the Middle Ages.[citation needed] In the constitution of 1572 and public regulations of 1661 of Kur-Saxony, capital punishment was used on those predicting the future.[9] Laws forbidding divination practice continue to this day.[10]

Divination was a central component of ancient Mesoamerican religious life. Many Aztec gods, including central creator gods, were described as diviners and were closely associated with sorcery. Tezcatlipoca is the patron of sorcerers and practitioners of magic. His name means "smoking mirror", a reference to a device used for divinatory scrying.[11] In the Mayan Popol Vuh, the creator gods Xmucane and Xpiacoc perform divinatory hand casting during the creation of people.[11]

Every civilization that developed in Ancient Mexico, from the Olmecs to the Aztecs, practiced divination in daily life, both public and private. Scrying through the use of reflective water surfaces, mirrors, or the casting of lots were among the most widespread forms of divinatory practice. Visions derived from hallucinogens were another important form of divination, and are still widely used among contemporary diviners of Mexico. Among the more common hallucinogenic plants used in divination are morning glory, jimson weed, and peyote.[11]

Divination is one of the tenets of Serer religion. However, only those who have been initiated as Saltigues (the Serer high priests and priestesses) can divine the future.[16][17] These are the "hereditary rain priests"[18] whose role is both religious and medicinal.[17][18]

The Yoruba people of West Africa are internationally known for having developed the Ifá system, an intricate process of divination that is performed by an Awo, an initiated priest or priestess of Orunmila, the spirit of the Yoruba oracle.

Småland is famous for Årsgång, a practice which occurred until the early 19th century in some parts of Småland. Generally occurring on Christmas and New Year's Eve, it is a practice in which one would fast and keep themselves away from light in a room until midnight to then complete a set of complex events to interpret symbols encountered throughout the journey to foresee the coming year.[19]