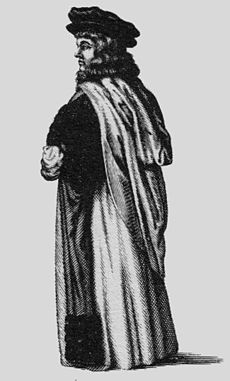 Doctor of Civil Law (D.C.L.) is a degree offered by some universities, such as the University of Oxford, instead of the more common Doctor of Laws (LL.D.) degrees.

At Oxford, the degree of Doctor of Civil Law by Diploma is customarily conferred on foreign Heads of State, as well as on the Chancellor of the University. (The British Sovereign is unable to receive university degrees, since these would, theoretically, place her under the jurisdiction of the Chancellor of the university. Prior to her accession, the present Queen did accept several honorary degrees, including an Oxford DCL in 1948).[1]

The degree is a higher doctorate usually awarded on the basis of exceptionally insightful and distinctive publications that contain significant and original contributions to the study of law or politics in general. The degree of Doctor of Canon Law was replaced by the DCL after the Reformation.

The DCL is senior to all degrees save the Doctor of Divinity which was traditionally the highest degree bestowed by the Universities.

In some other universities, the DCL is an honorary degree.