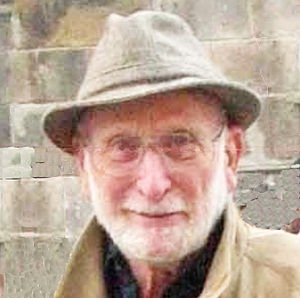 Donald B. Prell (born July 7, 1924) is a venture capitalist, author and futurist who created Datamation, the first magazine devoted solely to the computer hardware and software industry.[1][2]

Prell was born in Los Angeles, California, and graduated from Los Angeles High School in the summer of 1942. At the end of his sophomore year at UCLA he enlisted in the US Army. In 1944, age 19, he graduated from Officer Candidate School (U.S. Army), Ft. Benning, Georgia, and was commissioned a 2nd Lieutenant, Infantry. Serving in the European Theater of Operations in command of the second platoon of the Anti-Tank Company, 422nd Regiment, 106th Division, during the Battle of the Bulge, December 1944, he was wounded and captured. [3] In March 1945, he was liberated by Task Force Baum during its “Raid” at Oflag XIII-B (which General George S. Patton, Jr. reported as the only mistake he made during World War II).[4] Prell’s freedom lasted only a few days as he was recaptured after attempting to locate friendly forces. A month later, he escaped from a POW camp south of Nuremberg, and found his way to freedom.[5] Captured at the same time as Prell, was Richard Bordeaux Parker, who commanded the first platoon of the Anti-Tank Company. [6]

After the war he resumed undergraduate studies at UCLA and graduated in 1948. While at UCLA he was an active member of the American Veterans Committee.[7] Prell was a Ph.D. candidate in Psychology with Hans Eysenck’s Program Research Team at the University of London from 1948-1951. [8]It was here that he learned to program Hollerith punched card tabulation machines, the forerunner of today’s digital computers.

During the 1950s Prell worked with Rand Corporation futurist Herman Kahn, who later founded the Hudson Institute in New York.[10] Also in the 1950s he was associated with many of the early designers of high-speed computer input-output devices, analog to digital converters and digital display plotters, including Benson-Lehner Corporation. In 1957, working with Thompson Publications, he created Datamation, the first magazine dedicated solely to the emerging computer-data-processing industry. [11][12] In 1961, he was president, and the major shareholder of Electro Radiation, Inc, a Santa Monica, California firm specializing in molecular electronics and electroluminescence. [13] Later he founded and served as President of two venture capital firms: 1967 Union Ventures (a subsidiary of the Union Bank N.A.) and in 1980 Imperial Ventures (a subsidiary of Imperial Bank of California). During his association with Union Bank, he was responsible for producing the bank’s first and only 30-year Strategic Plan.

Over the course of his career Prell pursued long-standing interests in both Edward John Trelawny, a novelist and friend of Percy Bysshe Shelley and Lord Byron, and Pierre Laval, Prime Minister of France in the 1930s and again during the Vichy era. In the course of Prell's research, he authored[14] three journal articles and five books and developed extensive collections of material by and about Trelawny and Laval.[15] These research materials have been donated to two southern California libraries: