From Infogalactic: the planetary knowledge core
(Redirected from Drohobycz)
Jump to: navigation, search
Not to be confused with Dorogobuzh.

Drohobych (Ukrainian: Дрогóбич; Polish: Drohobycz; Yiddish: דראָהאָביטש‎; Cities' alternative names) is a city located at the confluence of the Tysmenytsia River and Seret, a tributary of the former, in Lviv Oblast (region), in western Ukraine. Population: 77,080 (2013 est.)[1].

Serving as the administrative center of the Drohobych Raion (district), Drohobych itself is a city of oblast significance, thus being subordinated directly to the oblast authorities rather to the raion administration housed in the city itself.

While there are only legendary accounts of it, Drohobych probably existed in the Kievan Rus' period. According to one legend there was a settlement, called Bych, of the salt-traders. When Bych was destroyed in the Cumans raid, the survivors rebuilt the settlement at the nearby location under the current name which means the Second or Another Bych. In the time of the Kievan Rus' the Tustan fortress was built near Drohobych. However, scholars view this legend with skepticism, pointing out that Drohobych is a Polish pronunciation of Dorogobuzh, a common East Slavic toponym applied to three different towns of Kievan Rus'.[2]

The city was first mentioned in 1387 in the municipal records of Lviv in connection with some Martin (or Marcin) of Drohobych.[2] Also, the chronicler's "List of all Ruthenian cities, the further and the near ones"[3] in Voskresensky Chronicle (dated 1377–1382) mentions "Другабець" (Druhabets') among other cities in Volhynia that existed at the time such as Холмъ (Kholm), Лвовъ Великій (Lviv the Great)

In 1392 Jogaila ordered a construction of the first Latin Catholic municipal parish church (Kosciół farny) using the foundations of old Ruthenian buildings that existed prior to that. In the Polish-Lithuanian Commonwealth, the city was the center of large rural starostvo (county at Ruthenian Voivodeship).

Drohobych received the Magdeburg rights some time in the 15th century (sources differ as to an exact year and some give 1422, 1460,[2] or 1496[4] but in 1506 the right were confirmed by the king Alexander the Jagiellonian). In the 14th–16th centuries the city was a home of significant salt industry.

From the early-17th century, the Ukrainian Catholic brotherhood existed in the city, In 1648, during the Khmelnytsky Uprising, the Cossacks stormed the city and its cathedral. Most of the local Poles, as well as the Greek Catholics and the Jews, were murdered at the time, while some managed to survive in the Bell tower not taken in the raid. The 1772 partition of Poland gave the city to Austria. As the significant oil resources were discovered in the area, the city became an important center of the oil and natural gas industries.

Following World War I, the area became part of a short-lived independent state, the West Ukrainian People's Republic(Zakhidnoukrayins’ka Narodna Respublyka; ZUNR). In 1919, the ZUNR was taken over by the Second Polish Republic and Drohobych became part of the Lwow Voivodeship. In 1928 the Ukrainian private gymnasium opened in the center of the city and is currently operational. In late 1920s town's population was some 40 000 and its oil refinery Polmin was one of the biggest in Europe, employing 800 people. Numerous visitors came there to see beautiful wooden Greek Catholic churches, among them the Church of St. Yur, which was regarded the most beautiful such construction in the Second Polish Republic, with frescoes from 1691. Drohobych was also a major sports center (see: Junak Drohobycz).

In September, 1939, the city was attached to Soviet Ukraine when the territory of the interwar Poland was divided between the Nazi Germany and the USSR. In Soviet Ukraine Drohobych became a center of the Drohobych Oblast (region). Its local Polish boyscouts created the White Couriers organization, which in late 1939 and early 1940 smuggled hundreds of people from Soviet Union to Hungary, across the Soviet-Hungarian border in the Carpathians. In early July, 1941, during the first weeks of the Nazi invasion of the USSR, the city was occupied by the Nazi Germany. As Drohobych had a significant Jewish population, the city became the site of a large ghetto (Drohobych ghetto) which the Nazis liquidated in June 1943.[5] On August 6, 1944, the Nazi German occupation of Drohobych ended, however, it was immediately reoccupied by the Soviets. Despite the large Jewish population prior to the war, a current resident stated that he was one of only two Jews who came back to the village to live after the war.[6] Following the war, the city remained an oblast center until the Drohobych Oblast was incorporated into the Lviv Oblast in 1959. In Soviet times, Drohobych became an important industrial center in Western Ukraine with highly developed oil-refining industry, machine building, woodworking industry, light industry, and food industry. 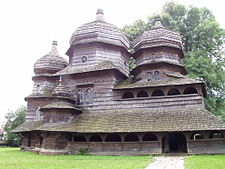 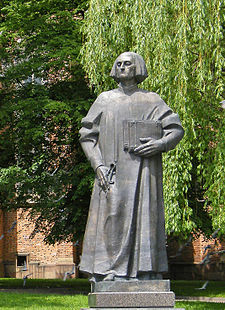 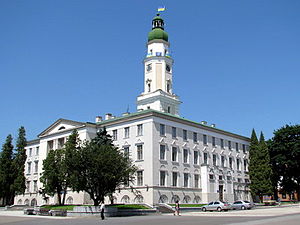 The population of Drohobych throughout the years was:

In 1931, the total population of the Drohobych district was 194,456, distributed among different languages:[8]

In January 2007, the total population of the metropolitan area was over 103,000 inhabitants.

Industries currently based in the city include oil-refineries, chemicals, machinery, metallurgy, and food processing.

Drohobych is twinned with: