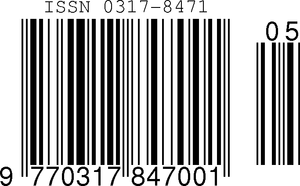 The EAN-2 is a supplement to the EAN-13 and UPC-A barcodes. It is often used on magazines and periodicals to indicate an issue number.

The encoding of EAN-2 characters is very similar to that of the other European Article Numbers. The only difference is that the digits are separated by 01. The EAN-2 always begins with "01011". Also, the R-Code is not used.