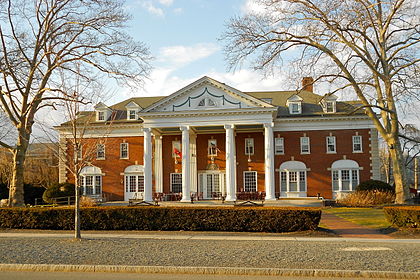 The eating clubs at Princeton University are private institutions resembling both dining halls and social houses, where the majority of Princeton upperclassmen eat their meals.[1] Each eating club occupies a large mansion on Prospect Avenue,[2] one of the main roads that runs through the Princeton campus, with the exception of Terrace Club which is just around the corner on Washington Road. This area is known to students colloquially as "The Street". Princeton's eating clubs are the primary setting in F. Scott Fitzgerald's 1920 debut novel, This Side of Paradise, and the clubs appeared prominently in the 2004 novel, The Rule of Four. In her novel, The Accursed, Joyce Carol Oates repeatedly refers to the Eating Clubs and the Bickering Week, and to the position of Woodrow Wilson, who was the President of Princeton University at the time of the plot.[3]

Princeton undergraduates have their choice of eleven eating clubs.[4] Six clubs—Cannon Club, Cap and Gown Club, Princeton Tower Club, The Ivy Club, Tiger Inn and University Cottage Club—choose their members through a selective process called "bicker", involving an interview process, though the actual deliberations are secret. Four clubs—Cloister Inn, Colonial Club, Quadrangle Club, and Terrace Club—are non-selective "sign-in" clubs, with members chosen through a lottery process. Charter Club used to be "sign-in", but changed to a system where new members are chosen through a system of points accumulated through participating in club activities.[5] While nearly three-quarters of upperclassmen (third- and fourth-year students) at Princeton take their meals at the eating clubs, the clubs are private institutions and are not officially affiliated with Princeton University.[citation needed] 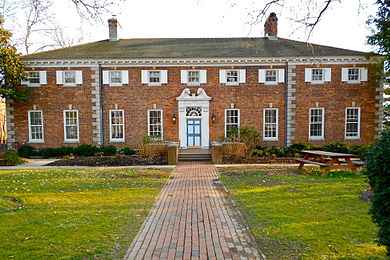 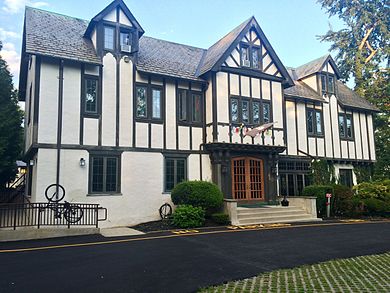 The primary function of the eating clubs is to serve as dining halls for the majority of third- and fourth-year students. Unlike fraternities and sororities, to which the clubs are sometimes compared, all of the clubs admit both male and female members, and members (with the exception of some of the undergraduate officers) do not live in the mansion.[citation needed]

The eating clubs also provide many services for their members. Each club, in general, has a living room, library, computer cluster, billiard room, and tap room. Members frequently use club facilities for studying and socializing. Each club also has a large lawn, either in front of or behind the mansion, and on days with nice weather, one will often see Princeton students playing various sports, such as lawn bowling on club lawns.

On most Thursday and Saturday nights, the Street is the primary social venue for Princeton students, and each club will have music and parties. Some parties are open to all university students; these are colloquially called "PUID," in reference to the Princeton University ID card which must be shown to bouncers for entrance. Other parties are only open to members or students with special passes, which must be obtained from members. Friday nights are much more low-key at Princeton, and clubs that are open are usually open only to members. The notable exception is Charter Club, which is open to all University students. Each club also has semiformal events and formal dinners and dances.

Special events are held annually or biannually at every club. Some are specific to particular clubs; these are usually themed parties, such as Blackout at Charter Club, Tower Underground at Tower Club, Shit that Glows at Quadrangle Club, and State Night at Tiger Inn. Other events are common to all clubs. These events include: Lawnparties, when clubs hire bands to play outdoors on their lawns on the Sunday before the first full week of fall classes; Winter Formals, which take place on the last Saturday before winter break; Initiations, where new sophomore recruits are introduced to club life (usually in early February); and Houseparties, a three-day festival at the end of spring term during which each club has a Friday night formal, a Saturday night semiformal, a champagne brunch on Sunday morning, and another round of Lawnparties on Sunday afternoon. 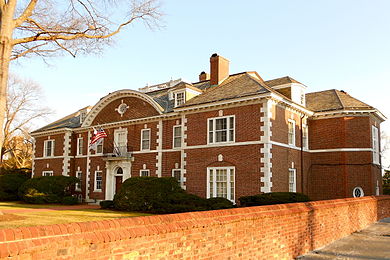 Fraternities and secret societies were banned from Princeton from the middle of the nineteenth century until the 1980s, with the exception of the university's political, literary, and debating societies, the American Whig Society ("Whig") and the Cliosophic Society ("Clio"), which had been founded at Princeton before the American Revolution.

Eating clubs arose from dining societies, in which Princeton students gathered to take meals at a common table. These groups, often whimsically named, rarely lasted longer than a few years, disappearing when their founders graduated.

Towards the end of the 19th century the eating clubs began to recruit new members as old ones left and also began to lease or buy permanent facilities. Ivy Club was the first of the permanent eating clubs. It was followed shortly after by University Cottage Club. This process was greatly aided by Moses Taylor Pyne. He provided financial assistance to most of the eating clubs. An early member of Ivy Club, Pyne was heavily involved in the early development of Cap and Gown Club, Campus Club, Elm Club, Cloister Inn, and many others. The new clubs (along with other new extracurricular activities) gradually eroded the central role that debate societies Whig and Clio played in undergraduate student life. The decline in popularity and energy of the societies led to their merger into the American Whig-Cliosophic Society, which still exists today.

Twenty eating clubs have existed since Ivy Club opened in 1879, though never more than 18 at any one time. At various points, many of the eating clubs fell on hard times and closed their doors or merged with others. The now-defunct eating clubs include Campus Club, Key and Seal Club, Arch Club, Gateway Club, Court Club, Arbor Inn, and Prospect Club. Dial, Elm, and Cannon Clubs merged to form DEC Club, which operated from 1990 to 1998. The most recent club to close was Campus Club, which shut down in 2005.

The Eating Clubs and their members have figured prominently among Princeton alumni active in careers in literature and the performing arts. For example, the distinguished Pulitzer Prize writer Booth Tarkington, who transformed the Drama Association into the Princeton Triangle Club was a prominent member of Ivy Club. F. Scott Fitzgerald was a member of the University Cottage Club. The actors Jimmy Stewart and David Duchovny were members of the Charter Club, and the actors Dean Cain and Brooke Shields were members of Cap and Gown.

Eating clubs have sometimes closed and among those several clubs have returned to active life. The Cloister Club was reopened in the 1970s and continues successfully. Some closed eating clubs have been purchased by the University for use as academic and administrative buildings. Dial Lodge is now the Bendheim Center for Finance; Elm Club temporarily housed the Classics Department and European Cultural Studies Program and is the new home of the Carl A. Fields Center for Equality and Cultural Understanding. The donation of Campus Club to the University for use as a space for social events was completed in 2006. Cannon Club was briefly converted into Notestein Hall, an office for the University Writing Center, but has since been repurchased by alumni. The club was reopened as Cannon Dial Elm Club in the Fall of 2011. 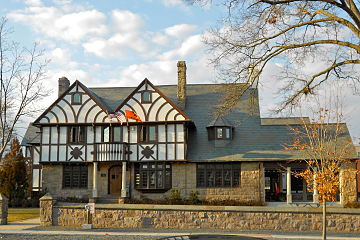 In 1979, undergraduate Sally Frank filed suit against then all-male clubs Ivy Club, Cottage Club, and Tiger Inn for gender discrimination. While Cottage chose to coeducate during the intervening years, Ivy Club and Tiger Inn made the decision to become co-ed organizations later in 1991, 22 years after Princeton first admitted female students. In the case of the Tiger Inn, the decision to admit women was a voluntary choice on membership rules made by the undergraduate members.[6]

The eating clubs have attracted controversy, being viewed as outdated, elitist institutions. (Woodrow Wilson was, in part, driven from Princeton by alumni and administrators because he loathed the effect the clubs had on academic and social life.) A major part of the controversy was the difference in cost between joining an eating club and buying a university dining plan. By 2006, the difference was over $2,000 for most clubs, and this difference was not covered by university financial aid. In November 2006, Princeton administrators announced that they would increase upperclass financial aid packages by $2,000, in order to cover the difference in costs.[7] However, as of December 2009, there was still a "significant discrepancy" between the university financial aid package and the cost of some clubs.[8] 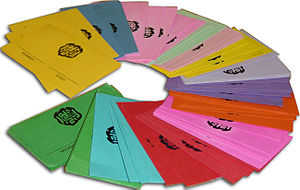 Bicker begins each spring semester during the week following intersession break, when interested sophomores come to the club they would like to join. The bicker process varies widely by club, ranging from staid interviews conducted by club members to raucous games designed to foster competition among potential inductees. Following two or three evenings of bicker activities, the club membership selects new members in closed sessions, the conduct of which varies from club to club. The clubs initiate their new members the following weekend.

Additionally, some bicker clubs conduct a smaller "Fall Bicker" for third and fourth year students. Admission numbers during fall bicker are typically much lower than those of spring bicker, as fall bicker is a chance for clubs to adjust their membership numbers to account for members who may have dropped club membership during the spring semester or over the summer.

Bicker clubs hold parties with restricted admission more frequently than their sign-in counterparts. Such events often require that non-members present a pass, a colored card bearing the club's insignia, in order to enter. Non-members may also gain entry to parties at some bicker clubs by entering with a member, or through membership in the Inter-Club Council.

Students rank the five sign-in clubs, or wait-lists for those clubs, in their order of preference. If more students choose a club as their first choice than that club is able to accept as members, a random lottery is used to determine which students are accepted. The remaining students are then placed into their second choice club or wait list, provided it has not filled, in which case they would be placed into their third choice, and so on.

For upperclassmen who choose not to join the eating clubs, there are alternative social/eating options. These include: