From Infogalactic: the planetary knowledge core
(Redirected from Ekurhuleni)
Jump to: navigation, search

Ekurhuleni Metropolitan Municipality is a metropolitan municipality that forms the local government of the East Rand region of Gauteng, South Africa. The name Ekurhuleni means place of peace in Tsonga. Ekurhuleni is one of the five districts of Gauteng province and one of the eight metropolitan municipalities of South Africa. The seat of Ekurhuleni is Germiston. The largest language group among its 2,480,260 people is Zulu (2001 Census). OR Tambo International Airport is in the Kempton Park area of Ekurhuleni.[5] An Integrated Transport Plan has been initiated to allow Ekurhuleni Metropolitan Municipality to confidently develop a transport system within its responsibilities over the next 5 years.

Following the 2016 municipal elections, Ekurhuleni will include the area of the Lesedi Local Municipality, which will be abolished, making Ekurhuleni the local government of both the East Rand and the rest of south-eastern Gauteng.[6]

The 2001 census divided the municipality into the following main places:[7] 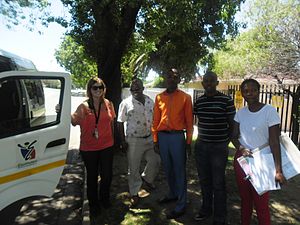 Planners from the Ekurhuleni Town Planning department on a routine site visit in Benoni. The team's composition is a reflection of New South Africa's racial integration policies

The following statistics are from the 2001 census. 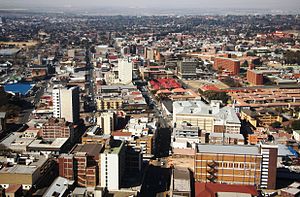 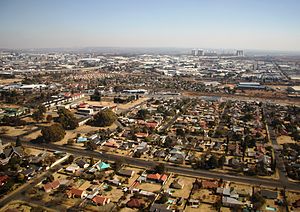 The Rhodesfield suburb of Kempton Park 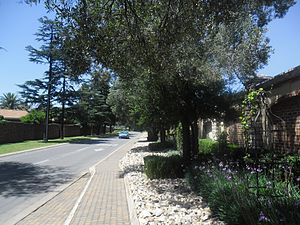 A street in Lakefield 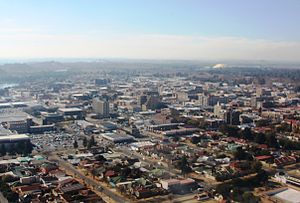 The CBD of Benoni

The municipal council consists of 202 members elected by mixed-member proportional representation. 101 are elected by first-past-the-post voting in 101 wards, while the remaining 101 are chosen from party lists so that the total number of party representatives is proportional to the number of votes received. In the election of 18 May 2011 the African National Congress (ANC) won a majority of 125 seats on the council.

Ekurhuleni uses a mayoral executive system. The Executive Mayor is elected by council and selects a 10 member Mayoral Committee to run the government. As of 2013[update] the mayor is Mondli Gungubele (ANC). The Speaker of Council is Patricia Khumalo (ANC) and the Chief Whip of Council is Robert Mashego (ANC). The Leader of the Opposition is Fortune Mahano (DA) and the Opposition Chief Whip is André du Plessis (DA). 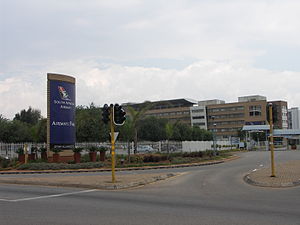 The municipality is an important manufacturing centre in South Africa, and has been described as "the workshop of the country"[1]

Several airline companies are headquartered in the Kempton Park area of Ekurhuleni.

South African Airways, the flagship air carrier of South Africa, and its subsidiary South African Express Airways have their head offices in Ekurhuleni.[5][10][11] In addition Mango, a low cost airline owned by SAA, is headquartered on the grounds of OR Tambo International Airport.[12]