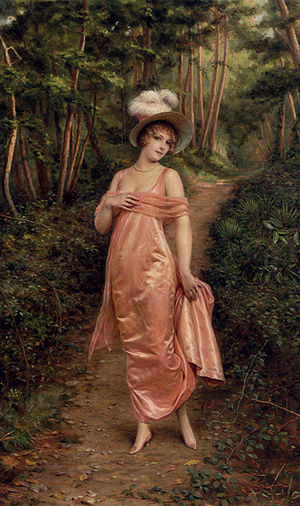 Elegance of the Epoque by Frédéric Soulacroix 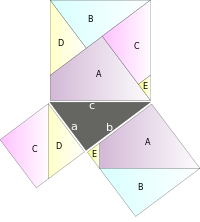 An example of "beauty in method"—a simple and elegant proof of the Pythagorean theorem.

Elegance is a synonym for beauty that has come to acquire the additional connotations of unusual effectiveness and simplicity. It is frequently used as a standard of tastefulness particularly in the areas of visual design, decoration, the sciences, and the aesthetics of mathematics. Elegant things exhibit refined grace and dignified propriety.

Essential components of the concept include simplicity and consistency of design, focusing on the essential features of an object. In art of any kind one might also require dignified grace, or restrained beauty of style.

Visual stimuli are frequently considered elegant if a small number of colors and stimuli are used, emphasizing the remainder.

In philosophy of science

The proof of a mathematical theorem exhibits mathematical elegance if it is surprisingly simple yet effective and constructive; similarly, a computer program or algorithm is elegant if it uses a small amount of code to great effect.[2][3]

In engineering, a solution may be considered elegant if it uses a non-obvious method to produce a solution which is highly effective and simple. An elegant solution may solve multiple problems at once, especially problems not thought to be inter-related.[4]

In chemistry, chemists might look for elegance in theory and method, in technique and procedure. For example: elegance might comprise creative parsimony and versatility in the utilization of resources, in the manipulation of materials, and in effectiveness in syntheses and analysis.

In pharmacy, elegance in formulation is important for quality as well as effectiveness in dosage form design, a major component of pharmaceutics.