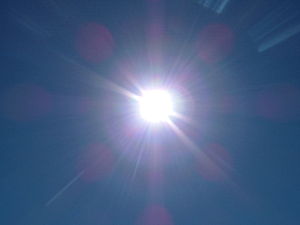 The Sun provides solar energy for the Earth

Energy technology is an interdisciplinary engineering science having to do with the efficient, safe, environmentally friendly and economical extraction, conversion, transportation, storage and use of energy, targeted towards yielding high efficiency whilst skirting side effects on humans, nature and the environment.

For people, energy is an overwhelming need and as a scarce resource it has been an underlying cause of political conflicts and wars. The gathering and use of energy resources can be harmful to local ecosystems and may have global outcomes. 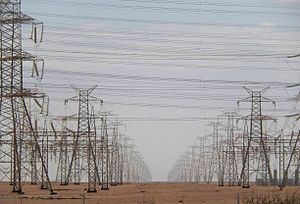 High-voltage lines for the long distance transportation of electrical energy

Electric power engineering deals with the production and use of electrical energy, which can entail the study of machines such as generators, electric motors and transformers. Infrastructure involves substations and transformer stations, power lines and electrical cable. Load management and power management over networks have meaningful sway on overall energy efficiency. Electric heating is also widely used and researched.

Thermodynamics deals with the fundamental laws of energy conversion and is drawn from theoretical Physics. 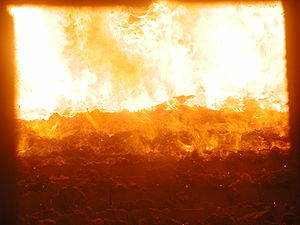 A grate for a wood fire

Thermal and chemical energy are intertwined with chemistry and environmental studies. Combustion has to do with burners and chemical engines of all kinds, grates and incinerators along with their energy efficiency, pollution and operational safety.

Energy conversion has to do with internal combustion engines, turbines, pumps, fans and so on, which are used for transportation, mechanical energy and power generation. High thermal and mechanical loads bring about operational safety worries which are dealt with through many branches of applied engineering science. 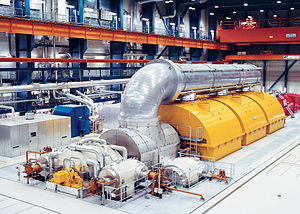 Nuclear technology deals with nuclear power production from nuclear reactors, along with the processing of nuclear fuel and disposal of radioactive waste, drawing from applied nuclear physics, nuclear chemistry and radiation science.

Nuclear power generation has been politically controversial in many countries for several decades but the electrical energy produced through nuclear fission is of worldwide importance. There are high hopes that fusion technologies will one day replace most fission reactors but this is still a research area of nuclear physics. 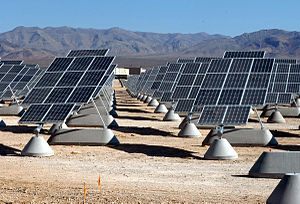 Solar (photovoltaic) panels at a military base in the US.

Renewable energy has many branches. 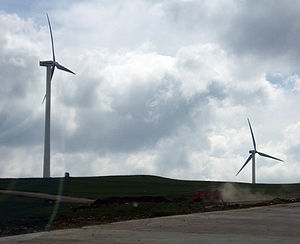 Wind turbines draw energy from atmospheric currents and are designed using aerodynamics along with knowledge taken from mechanical and electrical engineering.

Where it can be had, geothermal energy is used for heating and electricity. 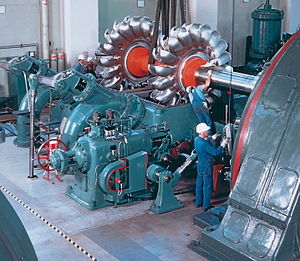 Bioenergy deals with the gathering, processing and use of biomasses grown in biological manufacturing, agriculture and forestry from which power plants can draw burning fuel. Ethanol, methanol (both controversial) or hydrogen for fuel cells can be had from these technologies and used to generate electricity.

Heat pumps and Thermal energy storage are classes of technologies that can enable the utilization of renewable energy sources that would otherwise be inaccessible due to a temperature that is too low for utilization or a time lag between when the energy is available and when it is needed. While enhancing the temperature of available renewable thermal energy, heat pumps have the additional property of leveraging electrical power (or in some cases mechanical or thermal power) by using it to extract additional energy from a low quality source (such as seawater, lake water, the ground, the air, or waste heat from a process).

Thermal storage technologies allow heat or cold to be stored for periods of time ranging from hours or overnight to interseasonal, and can involve storage of sensible energy (i.e. by changing the temperature of a medium) or latent energy (i.e. through phase changes of a medium, such between water and slush or ice). Short-term thermal storages can be used for peak-shaving in district heating or electrical distribution systems. Kinds of renewable or alternative energy sources that can be enabled include natural energy (e.g. collected via solar-thermal collectors, or dry cooling towers used to collect winter's cold), waste energy (e.g. from HVAC equipment, industrial processes or power plants), or surplus energy (e.g. as seasonally from hyropower projects or intermittently from wind farms). The Drake Landing Solar Community (Alberta, Canada) is illustrative. borehole thermal energy storage allows the community to get 97% of its year-round heat from solar collectors on the garage roofs, which most of the heat collected in summer.[1][2] Types of storages for sensible energy include insulated tanks, borehole clusters in substrates ranging from gravel to bedrock, deep aquifers, or shallow lined pits that are insulated on top. Some types of storage are capable of storing heat or cold between opposing seasons (particularly if very large), and some storage applications require inclusion of a heat pump. Latent heat is typically stored in ice tanks or what are called phase-change materials (PCMs).