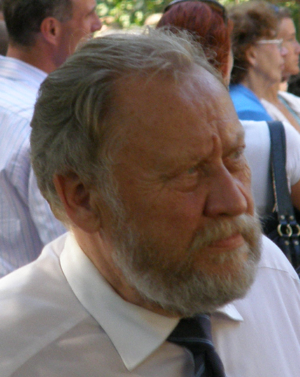 Tarto was involved in nationalist activities since his youth. On November 4, 1956 Enn Tarto and other members of the Estonian Youth Brigade (Eesti Noorte Malev) distributed leaflets in support of Hungarian Revolution, 1956. The message reached the West and via Western broadcasts, the students of Moscow State University. Some of these students plus lecturers were expelled for approving the Hungarians. Later, Tarto met some of these in a prison in Mordovia. For his action, Enn Tarto has been awarded of the Officer Cross of the Merit Order of the Hungarian Republic. After being imprisoned twice, Enn Tarto studied from 1969 to 1971 in Tartu University Estonian philology. As Tarto was accepted to the university, a KGB man dealing with Tarto told him: 'We've already used stick, let's try now carrot as well'. [1] Tarto was exmatriculated in 1971 in connection with his patriotic thinking and actions.

During the late 1970s, when Yuriy Andropov's anti-dissident campaign was at its peak, the dissidents of the three occupied Baltic republics decided to send a joint memorandum to the UN and the major powers. The petition, known as the Baltic Appeal, was directed to the governments of the two German states, the USSR, signatories of the Atlantic Charter and the Secretary General of the UN (Kurt Waldheim). The petition called for the elimination of the consequences of the pact and for self-determination and independence for the Baltic nations. The petition was signed by 37 Lithuanians, 4 Estonians and 4 Latvians. It was handed over to Western representatives in Moscow, August 1979. On August 23, 1979 Baltic Appeal was approved by well-known Moscow dissidents academic Andrei Sakharov, Viktor Nekipelov, Tatyana Velikanova, Malva Landa and Arina Ginzburg. Provided with these names, the document reached West, thus signed by fifty people. A reaction by the international community was the Resolution of the European Parliament, January 13, 1983.[2]

Enn Tarto was also one of these who publicly demanded for the USSR to move its troops away from Afghanistan. Enn Tarto was also active in teaching other dissidents on surviving in the conditions of a totalitarian regime. In the course of anti-dissident slander in 1980s, the authorities called Enn Tarto a teacher and leader of the „Anti-Soviet elements’’. In 1984, the Supreme Court of the Estonian SSR sentenced Tarto 10 years plus 5 years deprivation of civic rights, stating that he was an especially dangerous ‘’anti-social recidivist". Enn Tarto was finally released on October 17, 1988, after public protests in Estonia and a demand by 45 US Congressmen. (October 4, 1988).[3]

Having been released from captivity, he took actively part in Estonia’s process of regaining independence. He participated radical pro-independence movement (while not being a member of ERSP) and was elected deputy of Congress of Estonia (Eesti Kongress). Tarto was one of the organisers of the protest march around the Soviet military base near Tartu on March 8, 1989. Tartu had co-ordinated it with Dzhokhar Dudayev, who was serving there as the chief of garrison.

Enn Tarto together with Linnart Mäll took part in founding the Unrepresented Nations and Peoples Organisation, has been chairman of the Estonian Society of Pan-Europe, and chairman of council of the Estonian Human Rights Institute from 1992 to 1995. He has participated in the re-founded Estonian Defence League activities and in organisations promoting the commemoration of the victims of totalitarian regimes. [4]

In 2005, Enn Tarto decided to leave SDE, which had chosen the line of collaborating with the People's Union (a joint list for Tallinn city council election), which mostly unites former communist party officials. [5]

He was a candidate to Tartu town council in Fatherland Union list (2005 election).

Enn Tarto has been awarded numerous medals by the institutions of the Republic of Estonia, including Order of the National Coat of Arms (2nd class) and the highest award by the Estonian Defence League (Eesti Kaitseliit), White Cross medal (1st rate). Valdas Adamkus has awarded him the Officer Cross of the Vytis Cross Order