The Eritrean Air Force (ERAF) is the official aerial warfare service branch of the Eritrean Defence Forces and is one of the three official uniformed military branches of the State of Eritrea.

The Eritrean Air Force was established shortly after Eritrean War of Independence in 1994. It was first established by Commander Habtezion Hadgu, who used to be an Ethiopian Air force pilot during the Mengistu regime, and latter defected to the Eritrean People Liberation Front (EPLF) in the late 1980s. When the air force was established Commander Hadgu called many officers who served in the Ethiopian Air force, including Col. Abrahan (Chief of Staff), Col. Melake, Col. Mesfin, Col. Dr. Efrem, and some others like Major Shekay who came from Lebanon[citation needed]. His Deputy was a veteran EPLF fighter, a Major General, Aka. Wedi Kahsay until he was sent to Norther zone as a commander of a regiment in the army. The director of air-force intelligence and administration was also a veteran EPLF fighter, Col. Mussie Lebassi a member of the 72nd intelligence unit of the EPLF, which was dissolved in 1994. Commander Habtezion and Col. Mussie were latter suspended form the air force. Eventually, the air force was taken over by Major General Teklay Habteselasie who is also the commander of the Sawa military training camp.

The make-up of the original force was composed of aircraft that were abandoned by the defeated Ethiopian armed forces. The Eritrean Air Force is a smaller branch of the Eritrean Defence Forces. Several MiG-21s which were taken from the Ethiopian Air Force are believed to be no longer in service. The main airbase is Asmara AP, which is combined civil/military. Serials are sometimes worn with 'ERAF'in front of the digits, but not always.

Expansion of the Eritrean Air Force (ERAF) did not occur until the Eritrean-Ethiopian War in which the two air forces fought for superiority. In a sort of arms race Eritrea responded to Ethiopia's purchase of Su-27s with a purchase of MiG-29s.[1][2] In 2000 the ERAF bought eight Su-25s from Georgia, and six more MiG-29s from Moldova. In 2003 Eritrea also acquired several Su-27s.[3] The Eritrean Air force trained and grew enormously in a short period and was able to challenge the Ethiopian army in the 1998 border conflict. Commander Habtezion along with young Air Force pilots retaliated in short time after the Ethiopian Air force bombed Asmara through their popular pilot General Bezabh Petros, who was in captive during the liberation war and recaptured for the second time in the 1998 war. 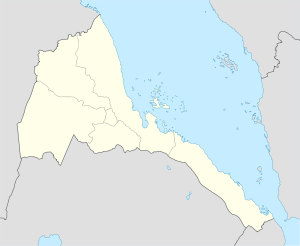 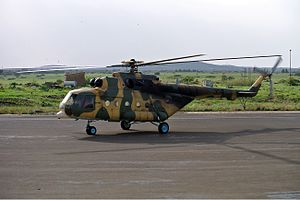