File:Time zones of Europe.svg European Summer Time is the variation of standard clock time that is applied in most European countries — including Turkey, but not including Iceland, Belarus, and Russia — in the period between spring and autumn, during which clocks are advanced by one hour from the time observed in the rest of the year, in order to make the most efficient use of seasonal daylight. It corresponds to the notion and practice of "daylight saving time" to be found in many other parts of the world.

Summer Time was first introduced during the First World War. However, most countries discontinued the practice after the war. It was then restarted in various countries during the Second World War and its immediate aftermath. Again it was widely cancelled by the 1950s, although re-introduced in isolated cases until the late 1960s when the energy crisis began to prompt policy makers to re-introduce the policy across the continent. It has remained in place in most European countries since that time.

Historically the countries of Europe had different practices for observing Summer Time, but this hindered coordination of transport, communications and movements. Starting in 1981 the European Community began issuing directives requiring member states to legislate particular start and end dates for Summer Time.[1]

where y is the year, and a mod b is the remainder of division after truncating a and b to integers. The above formula is valid until 2099.[5]

European Summer Time ends (clocks go back) at 01:00 UTC on the last Sunday in October:

To calculate the end of European Summer Time, a variant of the formula above used for October:

"Double Summer Time" (two hours ahead of local winter time) has been observed on some occasions, notably in 1941-5 and 1947. See:

Countries not switching to and from summer time

There are three countries that do not use summer time, and keep the same time all year.

Some may be thought of as using "permanent" summer time since they are using time zones allocated to regions further east than themselves. Belarus explicitly decided to stay permanently on (what it formerly called) summer time after 2011.

Spain, France, Belgium, and the Netherlands may also be thought of as observing "summer time" throughout the winter, and "double-summer time" during summer, because of their position far to the west of the central European time zone.

Summer time was introduced in Bulgaria in 1979 by a regulation of the Bulgarian Council of Ministers. Bulgaria observes the European Union rules for summer time.[7]

So Czechoslovakia used summer time yearly since 1979 and both Czech Republic and Slovakia continued in doing so after the dissolution in 1993.

Czech lands and Slovakia used summer time in 1916, 1917 and 1918 under the Austro-Hungarian Empire during WWI.

Czechoslovakia used summer time since 1979 up to 1992 (year of its dissolution). Czech Republic and Slovak Republic continue to use the summer time.

Although summer time has been observed in Denmark for the past few decades and its observance will continue in accordance with EU orders, a national association against summer time (Landsforeningen mod Sommertid) still exists.[8]

France follows EU rules regarding the start and end times and dates for summer time.

Summer time was first introduced during World War I by the German Empire in the years 1916 to 1918. After the end of the war and the proclamation of the Weimar Republic in November 1918, summer time ceased to be observed in peace time. Summer time was reintroduced in 1940, during World War II, in an attempt to save energy for the war economy. After the defeat of Germany, summer time was retained by the occupation powers. In 1945, Berlin and the Soviet Occupation Zone even observed Central European Midsummer Time (Mitteleuropäische Hochsommerzeit, MEHSZ; UTC+03:00); in 1947, all of Germany switched to midsummer time from 11 May to 29 June. After the Federal Republic (West Germany) and the German Democratic Republic (East Germany) were established in 1949, summer time again ceased to be observed in 1950.

In 1978, West Germany decided to re-introduce summer time, following the example set by several neighbouring states in the aftermath of the 1973 oil crisis. However, it only came into effect in 1980, after West and East Germany reached an agreement to simultaneously observe summer time from the last Sunday in March (02:00 CET) to the last Sunday in September (03:00 CEST). Therefore, both German states observed the same time until the German re-unification in 1990, after which the re-unified Germany retained the laws and thus also the Time Act (Zeitgesetz) of West Germany.

Germany follows EU rules regarding the start and end times and dates for summer time.

In Ireland, Summer Time, known as Irish Standard Time (IST) is observed during Summer (March to October). IST is sometimes mistaken for "Irish Summer Time", though this is incorrect.

Summer time in Italy was adopted and abolished several times, being observed from 1916 to 1920 and between 1944 and 1948. A law was approved in 1965 that took effect the following year, and made the application of summer time mandatory in the whole country. Since 1996, it has been coordinated with the European Union.

In Norway, summer time was observed in 1916, 1940–45, and 1959-65. The arrangement was controversial, and in 1965 the Norwegian parliament (Stortinget) voted to discontinue the practice. Their neighbour, Sweden, did not use it.

However, in 1980 summer time was reintroduced (together with Sweden and Denmark), and since at least 2002 Norway has followed the European Union in this matter.[13]

In Poland, "the summer time" was observed in the following years:

Many people in Poland treat "the summer time" as the proper time and therefore "the winter time" is perceived as the shifted time.[citation needed]

In Portugal, summer time (locally known by "Hora de Verão") was introduced in 1916. In the years 1922, 1923, 1925, 1930, 1933 and from 1967 to 1975 summer time was not applied.[14] For many years the official hour in the Madeira Islands was one hour earlier than that in Lisbon, and the Azores Islands was two hours behind. Today, in the Madeira Islands the official time is the same as that of Lisbon, and in the Azores Islands is one hour behind Lisbon. The start and end dates for summer time in Portugal follow the pattern in the rest of the EU: the last Sunday in March to the last Sunday in October.

From 1930, Decree time had the effect of imposing year-round time-zone advances in the Soviet Union. 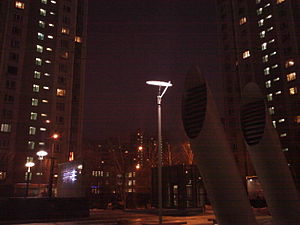 On 8 February 2011, Russian President Dmitry Medvedev announced cancellation of biannual daylight switches in Russia in favor of a permanent switch to summer time. An hour was added in March 2011 for the last time, and clocks did not move back again. At the same time some of Russia's time zones were consolidated.[16] After this reform many Russian cities have a "standard time" two hours more than would be suggested by their "astronomical time" (because the original standard time was already ahead of astronomical time in many areas).[16]

During his 2012 election campaign, Vladimir Putin proposed re-introducing summer time, as there had been complaints about some workers not seeing any daylight during the winter, since the sun had not risen when going to work.[17] According to a report in the International Herald Tribune, the winter of 2011-12 was remembered as the "darkest winter on record" as a result of the time change.[16] However, Putin later said it would be up to then Prime Minister Medvedev's cabinet to decide how to proceed with a seasonal time shift, and it decided to stay with the 2011 policy.[16]

Summer time in Slovenia (locally known as "Poletni čas") was introduced on 16 November 1982 when it was one of the Yugoslavia republics. Same law was valid until 1996 when the end of summer time was changed from first Sunday in October to last Sunday in October. In 2006, the European Union standard was adopted and is still used today.

In Sweden summer time was originally introduced on 15 May 1916. Then it proved unpopular, and on 30 September in the same year, Sweden returned to year-round standard time. This situation continued for more than half a century.

Turkey observes the EU rules for both the date and the time of its clock changes.

In 2008, the Turkish Ministry of Energy proposed that Turkey should abolish summer time while at the same time switching to GMT +2.5, originally from 2009 onwards, but when this appeared infeasible, to start in 2011.[24] The plan has not been heard of since.

For the year 2011, Turkey switched to European Summer Time at 3:00 am (03:00) on Monday 28 March, one day later than the rest of Europe, to avoid disrupting the national university-entrance examinations held on 27 March.[25]