- if more facts or observations are accounted for;

- if it changes more "surprising facts" into "a matter of course" (following Peirce);

- if more details of causal relations are provided, leading to a high accuracy and precision of the description;

- if it depends less on authorities and more on observations;

- if it makes fewer assumptions;

- if it is more falsifiable, i.e., more testable by observation or experiment (following Popper).

Recently, David Deutsch proposed that the correct hypothesis or theory, the one that stands out among all possible explanations, is that specific explanation that

By this expression he intends to state that the correct theory, i.e., the true explanation, provides specific details which fit together so tightly that it is impossible to change any one detail without affecting the whole theory. 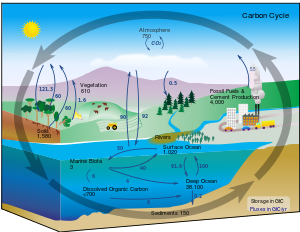 Philosopher and physicist David Deutsch offers a criterion for a good explanation that he says may be just as important to scientific progress as learning to reject appeals to authority, and adopting formal empiricism and falsifiability. To Deutsch, these aspects of a good explanation, and more, are contained in any theory that is specific and "hard to vary". He believes that this criterion helps eliminate "bad explanations" which continuously add justifications, and can otherwise avoid ever being truly falsified.[1]

Deutsch takes examples from Greek mythology. He describes how very specific, and even somewhat falsifiable theories were provided to explain how the gods' sadness caused the seasons. Alternatively, Deutsch points out, one could have just as easily explained the seasons as resulting from the gods' happiness - making it a bad explanation, because it is so easy to arbitrarily change details.[1] Without Deutsch's criterion, the 'Greek gods explanation' could have just kept adding justifications. This same criterion, of being "hard to vary", may be what makes the modern explanation for the seasons a good one: none of the details - about the earth rotating around the sun at a certain angle in a certain orbit - can be easily modified without changing the theory's coherence.[1]

Special relativity is a description of motion, including extremely rapid motion, that correctly describes all known observations in flat space and also made numerous predictions. Special relativity is hard to vary, as it is based on just two principles: the principle of relativity and the invariance of the speed of light.

General relativity is a description of gravitation that correctly reproduces all known observations and made numerous predictions. What makes the theory appealing is its internal consistency: it is hard to vary, in the sense that one cannot change a detail in it without changing all its predictions.

String theory is a hypothesis for the unification of general relativity and quantum theory; but since it has not yet provided an explanation of the standard model of particle physics that is hard to vary, the hypothesis is regularly questioned.

Relation to other criteria

It can be argued that the criterion hard to vary is closely related to Occam's razor: both imply logical consistency and a minimum of assumptions.