Federal Penitentiary Service (FSIN of Russia, in Russian: Федеральная служба исполнения наказаний, ФСИН России Federalnaya Sluzhba Ispolneniya Nakazaniy, FSIN Rossii "Russian Federal Service of punishment fulfillment") - is the official name of the Russian federal prison authority responsible for security and maintenance of prisons in Russia. The organization was founded in 2004 as the successor to the Main Directorate of the Penitentiary (Главное управление исполнения наказаний, ГУИН) of the MVD, which has been transferred to the Ministry of Justice.

Its head office is in Yakimanka District, Central Administrative Okrug, Moscow. Since June 2012 Gennady Kornienko is the head of the service.[1] 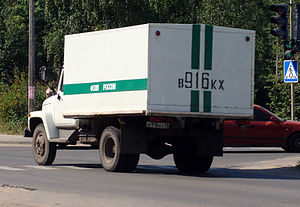 The first body that was dealing with maintenance and security of detention and prison facilities in Russian Empire was the Main Prison Administration of the Russian Interior Ministry which was first established on February 27, 1879.

On December 13, 1895 the Department was part of the Ministry of Justice of the Russian Empire, and in April 1917 the prison system become to the Main Administration Penalties Sites (GUMZ). On 25 December 1917, the Prisons Administration was organized and in January 1918 became to the prisons directorate.

In 1960, the Main Administration for Execution of Punishments(GUIN) was born under the Soviet Interior Ministry.

In 2006 the organization became the Federal Service for Executions of Punishments and was placed under the Russian Ministry of Justice.

The main tasks of the FSIN are:

The FSIN is headed by the Director of the Federal Penitentiary Service, who appointed and dismissed by the President of Russia on the recommendation of the Prime Minister.

The Director is authorized to have six deputies, including one first deputy. Deputies director are appointed and dismissed by the President of the Russia. 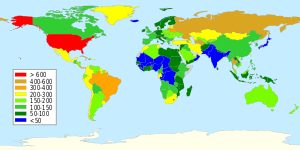 Until 2000, Russia was first in the world in the number of prisoners per 100,000 people. However, the United States is now ranked as having the highest incarceration rate.

In 2007, in the first time since 1917 was established the Military Rabbinate of Russia, Rabbi Aharon Gurevich was appointed to the chief military Rabbi, Rabbi Gurevich has served as the chief rabbi of the Russian Federal Prison system and Security forces.