From Infogalactic: the planetary knowledge core
Jump to: navigation, search
This article is about writing fiction prose. For fiction as a concept, see fiction.

Fiction writing is the composition of non-factual texts. Fictional writing often is produced as a story meant to entertain or convey an author's point of view. The result of this may be a short story, novel, novella, screenplay, or drama, which are all types (though not the only types) of fictional writing styles. Different types of authors practice fictional writing, including novelists, playwrights, short story writers, dramatists and screenwriters.

A Genre is the subject matter, or category in which a writer would base their work on. For instance Science Fiction, Fantasy and Mystery are considered genre fiction. In fiction, genre writing is the act of a storytelling driven by plot. As opposed to literary fiction that focuses on themes rather than plot, genre fiction, also known as popular fiction, is made to appeal to a large group of people and primarily sells more for it is more commercialized to the general public. An example to further elaborate, The Twilight series may sell more than a novel by Herman Melville, such as Moby Dick, because the Twilight novel deals with pop culture such as romance and vampires, which are in high regards of young readers, who outnumber older readers who would find Moby Dick more to their liking.

Literary fiction, or literature, can somewhat be classified as a genre. Unlike genre fiction, literary does not focus on a story that is driven by the plot or the typical good vs. bad guy aspect of a story, like a genre would acquire. Literary fiction often deals with metaphors, and the way the world works, which is one of many reasons why literature is read in schools as opposed to majority of genre fiction focused frequently for entertainment.

Creative Writing 101: According to Kurt Vonnegut

Kurt Vonnegut the author of praised novels Cat's Cradle, Slaughterhouse-Five, and Breakfast of Champions, has given his readers, from his short story collection, Bagombo Snuff Box, eight rules on how to write a successful story. The list can be found in the Introduction of the collection.

"Now lend me your ears. Here is Creative Writing 101:

1.Use the time of a total stranger in such a way that he or she will not feel the time was wasted.

2.Give the reader at least one character he or she can root for.

3.Every character should want something, even if it is only a glass of water.

4.Every sentence must do one of two things—reveal character or advance the action.

5.Start as close to the end as possible.

6.Be a sadist. No matter how sweet and innocent your leading characters, make awful things happen to them—in order that the reader may see what they are made of.

7.Write to please just one person. If you open a window and make love to the world, so to speak, your story will get pneumonia.

8.Give your readers as much information as possible as soon as possible. To heck with suspense. Readers should have such complete understanding of what is going on, where and why, that they could finish the story themselves, should cockroaches eat the last few pages."

Just as a painter uses color and line to create a painting, an author uses the elements of fiction to create a story:

The elements of fiction are: character, plot, setting, theme, and style. Of these five elements, character is the who, plot is the what, setting is the where and when, theme is the why, and style is the how of a story.

A character is any person, personal, identity, or entity whose existence originates from a fictional work or performance.

A plot, or storyline, is the rendering and ordering of the events and actions of a story, particularly towards the achievement of some particular artistic or emotional effect.

Setting is the time and location in which a story takes place.

Theme is the broad idea, message, or lesson of a story.

Style includes the multitude of choices fiction writers make, consciously or subconsciously, as they create a story. They encompass the big-picture, strategic choices such as point of view and narrator, but they also include the nitty-gritty, tactical choices of grammar, punctuation, word usage, sentence and paragraph length and structure, tone, the use of imagery, chapter selection, titles, and on and on. In the process of writing a story, these choices meld to become the writer's voice, his or her own unique style. 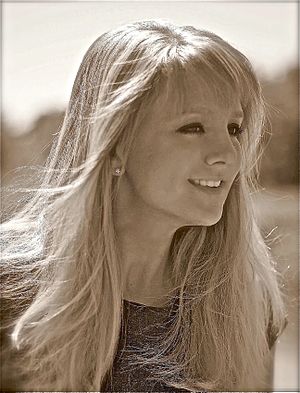 Author Jenna Blum described the process of creating a character: "It feels like having a string dangle out of thin air and you pull on the string, and the next thing you know, a sweater knits itself out of nowhere and you have a character who is made out of whole cloth."[1]

Characterization is one of the five elements of fiction, along with plot, setting, theme, and writing style. A character is a participant in the story, and is usually a person, but may be any persona, identity, or entity whose existence originates from a fictional work or performance.

Characters may be of several types:

The plot, or storyline, is the rendering and ordering of the events and actions of a story. Starting with the initiating event, then the rising action, conflict, climax, falling action, and ending with the resolution.

On a micro level, plot consists of action and reaction, also referred to as stimulus and response. On a macro level, plot has a beginning, a middle, and an ending.

The climax of the novel consists of a single action-packed sentence in which the conflict (problem) of the novel is resolved. This sentence comes towards the end of the novel. The main part of the action should come before the climax.

Plot also has a mid-level structure: scene and sequel. A scene is a unit of drama—where the action occurs. Then, after a transition of some sort, comes the sequel—an emotional reaction and regrouping, an aftermath.

Setting is the locale and time of a story. The setting is often a real place, but may be a fictitious city or country within our own world; a different planet; or an alternate universe, which may or may not have similarities with our own universe. Sometimes setting is referred to as milieu, to include a context (such as society) beyond the immediate surroundings of the story. It is basically where and when the story takes place.

Theme is what the author is trying to tell the reader. For example, the belief in the ultimate good in people, or that things are not always what they seem. This is often referred to as the "moral of the story." Some fiction contains advanced themes like morality, or the value of life, whereas other stories have no theme, or a very shallow one.

Style includes the multitude of choices fiction writers make, consciously or not, in the process of writing a story. It encompasses not only the big-picture, strategic choices such as point of view and choice of narrator, but also tactical choices of grammar, punctuation, word usage, sentence and paragraph length and structure, tone, the use of imagery, chapter selection, titles, etc. In the process of creating a story, these choices meld to become the writer's voice, his or her own unique style.

For each piece of fiction, the author makes many choices, consciously or subconsciously, which combine to form the writer's unique style. The components of style are numerous, but include point of view, choice of narrator, fiction-writing mode, person and tense, grammar, punctuation, word usage, sentence length and structure, paragraph length and structure, tone, imagery, chapter usage, and title selection.

The narrator is the teller of the story, the orator, the speaker, or its in-print equivalent.

Point of view is from whose consciousness the reader hears, sees, and feels the story.

Tone is the mood that the author establishes within the story.

Suspension of disbelief is the reader's temporary acceptance of story elements as believable, regardless of how implausible they may seem in real life.

“Description begins in the writer’s imagination, but should finish in the reader’s.”[citation needed]

Here, King suggests that a writer's work is meant to inspire a reader, so much so, that the writer's thoughts and ideas can contribute to the reader's own.[citation needed]

Maxwell Anderson, playwright to the films Key Largo (film) and The Wrong Man feels a character should have conflict within.[citation needed]

"The story...must be a conflict, and specifically, a conflict between the forces of good and evil within a single person."[citation needed]