Film criticism is the analysis and evaluation of films and the film medium. In general, it can be divided into journalistic criticism such as appears regularly in newspapers, magazines and other popular, mass-media outlets and academic criticism by film scholars that is informed by film theory and published in academic journals.

Film critics working for newspapers, magazines, broadcast media, and online publications, mainly review new releases, although some reviewers include reviews of older "classic" films.[1] The plot summary and description of a film that makes up the majority of the review can have an impact on whether readers or listeners decide to see a film.

In the 2000s, the impact reviews have on a film's box office performance and DVD rentals/sales have become a matter for debate. Some analysts argue that modern movie marketing, using pop culture convention appearances (e.g., Comicon) and social media along with traditional means of advertising, have become so invasive and well financed that established reviewers with legitimate criticism cannot be heard over this promotional content. Moreover, this has led, in part, to a decline in the readership of many reviewers for newspapers and other print publications. There are less film critics on television and radio in the last thirty years.[citation needed] Most of the discussion of film on television is focused on the amount of box office business a film does, as if financial success were the only criterion needed to define artistic success. Today arts criticism in general does not hold the same place it once held with the general public.[citation needed]

Today, fan-run film analysis websites like Box Office Prophets and Box Office Guru routinely factor in general public film review opinion with those of more experienced reviewers in their assessment of a film.They always make sure that the content being put up to watch for the audience is well controlled, not violent, sexually abusing, sexist, racist or in general offensive. Other websites, such as Rotten Tomatoes, combines all reviews on a specific film published online and in print to come up with an aggregated rating, which in the case of Rotten Tomatoes is known as a "freshness rate." 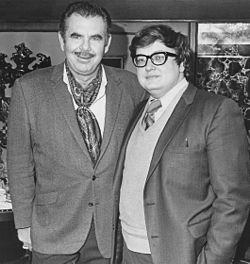 Some websites, such as Rotten Tomatoes and Metacritic, seek to improve the usefulness of film reviews by compiling them and assigning a score to each in order to gauge the general reception a film receives. Other sites such as Spill.com review sites with ratings such as "rent it" or "matinée" to tell the viewer in what setting to watch the film rather than a numerical score. The Online Film Critics Society, an international professional association of Internet-based cinema reviewers, consists of writers from all over the world.

A number of websites allow Internet users to submit movie reviews and scores to allow a broad consensus review of a movie. Some websites specialize in narrow aspects of film reviewing. For instance, there are sites that focus on specific content advisories for parents to judge a film's suitability for children. Others focus on a religious perspective (e.g. CAP Alert). Still others highlight more esoteric subjects such as the depiction of science in fiction films. One such example is Insultingly Stupid Movie Physics by Intuitor. One Website, Everyone's a Critic, allows anyone to publish film reviews and comment on them.

Blogging has also introduced opportunities for a new wave of amateur film critics to have their opinions heard. These review blogs may focus on one genre, director or actor, or encompass a much wider variety of films. Friends, friends of friends, or strangers are able to visit these blogsites, and can often leave their own comments about the movie and/or the author's review. Although much less frequented than their professional counterparts, these sites can gather a following of like-minded people who look to specific bloggers for reviews as they have found that the critic consistently exhibits an outlook very similar to their own.

Many websites are now blurring the gap between movie blogs and movie review sites. These community based websites allow users to publish movie reviews from their own blogs the site, meaning the content is community-driven. This method gives amateur and professional movie reviewers an equal platform to express their opinions and comment on each other's work. These kind of websites allow smaller bloggers the opportunity to showcase their work to a wider audience, and submit their ratings on movies which help to establish an overall score for that particular movie.

Community-driven review sites have allowed the common movie goer to express their opinion on films. Many of these sites allow users to rate films on a 0 to 10 scale, while some rely on the star rating system of 0–5 or 0–4 four stars. The votes are then culled into an overall rating and ranking for any particular film. Some of these community driven review sites include Reviewer, Movie Attractions, Flixster, FilmCrave, Flickchart, and Rotten Tomatoes.

Some online niche websites provide comprehensive coverage of the independent sector; usually adopting a style closer to print journalism. They tend to prohibit adverts and offer uncompromising opinions free of any commercial interest. Their film critics normally have an academic film background.

The "undulating curve of shifting expectations" (UCoSE) refers to both the title of a recurring entertainment industry feature in New York Magazine by cultural critic Adam Sternbergh and also to a concept of media analysis co-developed by writer Emily Nussbaum.[2][3]

"...what the UCoSE does is provide us a way of analyzing the trajectory of entertainment products as they metamorphize their way through his theorized seven-stage growth chart: Pre-Buzz, Buzz, Rave Reviews, Saturation Point, Overhyped, Backlash, and finally, Backlash To The Backlash." [4]

More often known as film theory or film studies, academic critique explores cinema beyond journalistic film reviews. These film critics try to examine why film works, how it works aesthetically or politically, what it means, and what effects it has on people. Rather than write for mass-market publications their articles are usually published in scholarly journals and texts which tend to be affiliated with university presses; or sometimes in up-market magazines.[5]