The Florida House of Representatives is the lower house of the legislature of the U.S. state of Florida. Along with the Senate, it comprises the Florida Legislature. The House has 120 members, each elected from a single-member district with a population of about 157,000. The House meets at the State Capitol in Tallahassee.

The Florida Constitution establishes the powers and duties shared by the House and Senate, which include passing laws, developing an annual state budget, and making investigations. Additionally, the House has the exclusive power to impeach state officials.

The entire Florida Legislature meets every year in a session beginning on the first Tuesday after the first Monday in March and lasting 60 calendar days.[2] Special sessions may be called either by the Governor or by the leaders of both chambers acting jointly. The Speaker of the House is elected by the representatives for a two-year term. The Speaker has the power to preside over the chamber during a session, to appoint committee members and chairs of committees, to influence the placement of bills on the calendar, and to rule on procedural motions. The Speaker pro tempore presides if the Speaker leaves the Chair or if there is a vacancy. 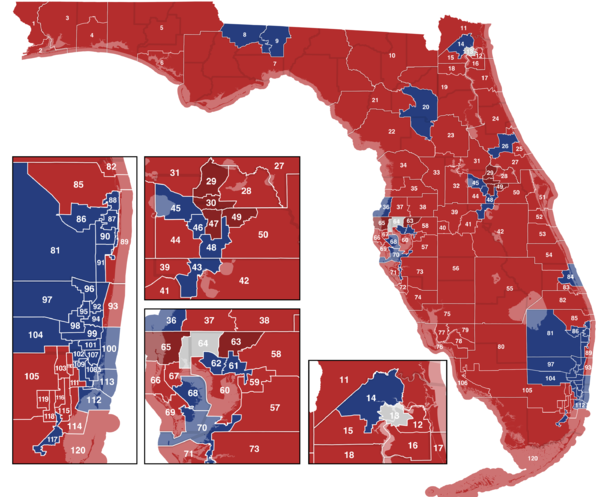