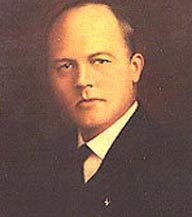 Davis was born in Greenville, South Carolina, the son of Fred Henry Davis and Annie E. (Pearson) Davis. He married Frances M. Chambers on February 3, 1921 and settled in Tallahassee, Florida.

Davis served in the U.S. Army during World War I. He was Leon County prosecuting attorney from 1919 to 1920 and served as a member of Florida House of Representatives from 1921 to 1927, the last year as speaker.

Davis served as Florida Attorney General from 1927 to 1931, when he was appointed a justice of the Florida Supreme Court. He served in the court from 1931 to 1937.