Friedrich Olbricht (4 October 1888 – 21 July 1944) was a German general and one of the plotters involved in the attempt to assassinate Adolf Hitler at the Wolfsschanze in East Prussia on 20 July 1944.

Friedrich Olbricht was born in Leisnig, Saxony on the 4 October 1888; son of Emil Olbricht, an educator who had a PhD in Physics and later went on to become a Professor in addition to his doctorate. Olbricht did not venture through attending a cadet academy as did other future staff officers such as future Chief Of Staff of the Wehrmacht Alfred Jodl. 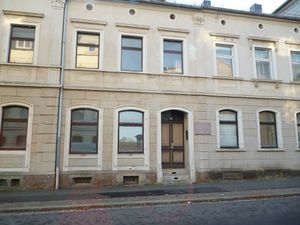 Birthplace of Friedrich Olbricht at Leisnig

After his Abitur in 1907, Olbricht joined Infantry Regiment 106 in Leipzig as an ensign, in which capacity he fought in World War I. Afterwards, as a captain, he was taken into the Reichswehr by which time had been reduced in size under the terms of the Treaty of Versailles in 1919.

Olbricht was married to Eva Koeppel. The couple had a son and a daughter.

Role in the Resistance

Olbricht was one of few German military officers who supported the democratic Weimar Republic. His mistrust of the Nazis became apparent early on, particularly after the Beer Hall Putsch in 1923, when he stood together with Hans Oster, Erwin von Witzleben and Georg Thomas, who all distanced themselves from the growing National Socialist movement, worried as they were at the allure that the Nazis seemed to have for a lot of military men.

In 1926, Olbricht was called into the Reich Defence Ministry as leader of the "Foreign Armies Bureau". In 1933, he became chief of staff of the Dresden Division.

In 1934, Olbricht managed to save several men from being shot in the wake of the Night of the Long Knives by having them assigned to military-political duties under army protection. They had already been arrested, and would have been put to death in fairly short order.

In 1935, Olbricht was appointed chief of staff of the Fourth Army Corps stationed in Dresden. In 1938, he took over leadership of the 24th Infantry Division. That same year, he unsuccessfully advocated the rehabilitation of Werner von Fritsch, who had been disgraced as a result of an accusation of homosexuality (see Blomberg-Fritsch Affair). 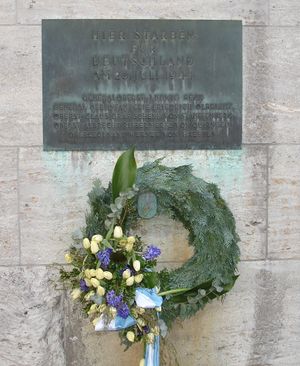 When World War II broke out in 1939, Olbricht commanded the 24th Infantry Division during the Invasion of Poland. He led the division from the front, in one case creating an improvised "motorized unit" by loading troops on his own staff car so he could rush ahead and secure important bridges before they could be demolished by the enemy. He was awarded the Knight's Cross of the Iron Cross for his personal bravery and his dynamic leadership style. On 15 February 1940, Olbricht was promoted to General of the Infantry. He was appointed Chief of the General Army Office (Allgemeines Heeresamt) in the Army High Command (Oberkommando des Heeres). He was furthermore made Chief of the Armed Forces Replacement Office (Wehrersatzamt) at the Oberkommando der Wehrmacht.

Starting in the winter of 1941-1942, Olbricht developed the plan for Operation Valkyrie, a General Staff plan which was ostensibly to be used to put down internal unrest, but was in fact a blueprint for a coup d'état. Together with the resistance circles around Colonel-General Ludwig Beck, Carl Friedrich Goerdeler and Major-General Henning von Tresckow, he worked to find a means of assassinating Adolf Hitler and using the coup plan to bring down the Nazi regime. In 1943, he asked that Colonel Claus Graf Schenk von Stauffenberg come to work at his office; von Stauffenberg would later be the key man in the assassination attempt, with the job of actually planting the bomb near Hitler.

On the day of the attempted coup d'état, 20 July 1944, Olbricht and Colonel Albrecht Ritter Mertz von Quirnheim initiated Operation Valkyrie by mobilizing the Replacement Army (Ersatzheer). It eventually became clear that Stauffenberg's briefcase bomb had failed to kill the Führer, however, and so the plan to seize key sites in Berlin using units from the reserve army began to falter. Many consider one of the overwhelming factors which prevented this coup from gathering any real pace was the failure of troops on the ground to gain control of the communications coming into and out of Berlin; Adolf Hitler and his commanders in the Wolfsschanze were able to broadcast a speech after the coup which in turn led to quick demise of the coup as a whole. As a result, the Nazi leadership was able to regain control using its own loyal troops within a few hours.

At 9:00 pm, Olbricht was arrested at his headquarters in the Bendlerblock by soldiers from the Berlin garrison.

Later that evening, Colonel-General Friedrich Fromm held a hastily arranged court martial, supposedly in an attempt to protect himself from being exposed as a silent conspirator. Olbricht, Mertz von Quirnheim, von Stauffenberg, and his aide Werner von Haeften, were then taken outside to the courtyard and executed by firing squad, against Hitler's orders to take the would-be assassins alive.

Friedrich Olbricht has been portrayed by the following actors in film productions: