The LG1 is a modern 105 mm towed howitzer designed and produced by GIAT Industries (now Nexter group) of France.

The LG1 howitzer is a 105 mm towed artillery piece that features both low weight and a high level of accuracy over long distances. Its lightweight construction gives the barrel a relatively short lifespan. The equivalent full charge (EFC) count is suggested to be approximately 7,500; however, during fire and practice, has yielded only around 1,500 EFCs. The gun was specifically designed for use by rapid deployment forces with attributes such as ruggedness, ease of operation and reduced weight. It can fire all NATO standard 105 mm ammunition up to a range of 18.5 and 19.5 kilometres (11.5 and 12.1 mi) using HE-ER G2 and US M913 rounds.

The gun has found its way into the service of the Belgian Army, Canadian Army, Colombian National Army, Indonesian Army, Singapore Army and the Royal Thai Army.[1]

Current service version with Canadian artillery is the LG1 Mark II, of which 28 were purchased for the Royal Canadian Horse Artillery (RCHA). Giat supplied the first howitzers in 1996 and fielding was complete by November 1997.

On August 2005, DEPRO (GVB) Incorporated - a Canadian defence firm, was selected by the Canadian Forces to improve their LG-1 guns with improvements ranging from new & better muzzle brake, new-designed spades for better stability during firing and larger tires to replace the small Pirelli tires (which were found to be inadequate for proper ground clearance while on the move). It is expected that this new set of improvements will give the LG-1 howitzers greater reliability and lifespan, and increase the safety margin for the crew.[citation needed] 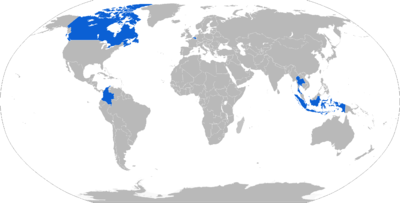