Garfield County is a county located in the U.S. state of Oklahoma. As of the 2010 census, the population was 60,580.[1] Enid is the county seat and largest city within Garfield County.[2] The county is named after President James A. Garfield.[3]

Prior to the Land Run of 1893, Garfield County was named O County and was part of the Cherokee Outlet, occupied by the Cherokee people following the Treaty of New Echota and the Cherokee trail of tears.[4] Historically, the area was a hunting ground for the Wichita, Osage, and Kiowa tribes. 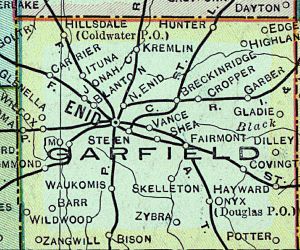 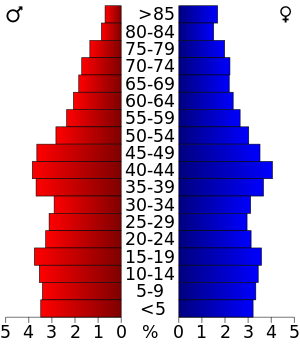 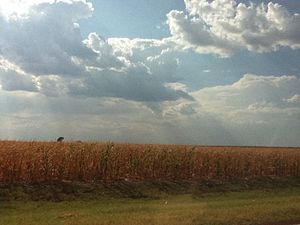 Wheat is a major part of the Garfield County economy. Its county seat, Enid, is named the Wheat Capital of Oklahoma.
File:Enid Courthouse 1908.png
The county courthouse in 1908.

Primary industries in Garfield County are agriculture and livestock. Historically, crops have included wheat, corn, oats, sorghum, Kaffir corn, and alfalfa.[7] In addition, oil and gas and flour milling have proved fruitful for the county. The county seat of Enid, Oklahoma has the most grain storage capacity in the United States and one of the largest grain elevators in the world. Vance Air Force Base is also a major employer in the area of both soldiers and civilians. 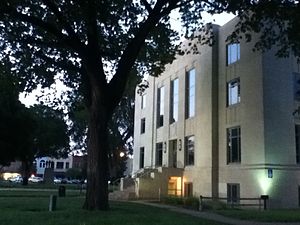 The following sites in Garfield County are listed on the National Register of Historic Places: