Geolibertarianism is a political and economic ideology particularly committed to tax reform that integrates libertarianism with Georgism (alternatively geoism or geonomics). It is most often associated with the libertarian left or the radical center.[1][2]

Geolibertarians hold that geographical space and raw natural resources—any assets that qualify as land by economic definition—are rivalrous goods to be considered common property or more accurately unowned, which all individuals share an equal human right to access, not capital wealth to be privatized fully and absolutely. Therefore, landholders must pay compensation according to the rental value decided by the free market, absent any improvements, to the community for the civil right of usufruct (that is, legally recognized exclusive possession with restrictions on property abuse) or otherwise fee simple title with no such restrictions. Ideally, the taxing of a site would be administered only after it has been determined that the privately captured economic rent from the land exceeds the title-holder's equal share of total land value in the jurisdiction. On this proposal, rent is collected not for the mere occupancy or use of land, as neither the community nor the state rightfully owns the commons, but rather as an objectively assessed indemnity due for the legal right to exclude others from that land. Some geolibertarians also support Pigovian taxes on pollution and severance taxes to regulate natural resource depletion, taxes with ancillary positive environmental effects on activities which negatively impact land values.

They endorse the standard right-libertarian view that each individual is naturally entitled to the fruits of his or her labor as exclusive private property, as opposed to produced goods being owned collectively by society or by the government acting to represent society, and that a person's "labor, wages, and the products of labor" should not be taxed. Also, along with non-Georgists in the libertarian movement, they advocate "full civil liberties, with no crimes unless there are victims who have been invaded."[1] (see also non-aggression principle) 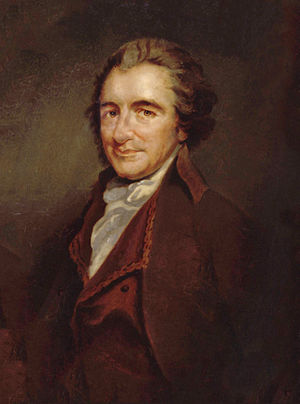 Thomas Paine inspired the Citizen's Dividend and stated, "Every proprietor owes to the community a ground rent for the land which he holds."[3]

In continuity with the classical liberal tradition, geolibertarians contend that land is an independent factor of production, that it is the common inheritance of all humankind, and that the justice of private property is derived from an individual's right to the fruits of his or her labor. Since land, by economic definition, is not the product of human labor, its ownership cannot be justified by appealing to natural human rights. Thus, geolibertarians recognize the individual civil right to secure exclusive possession of land (land tenure) only on the condition that, if the land has accrued economic rent, its full rental value be paid to the community deprived of equal access. This non-distortionary system of taxation, it is argued, has the effects of returning the value that belongs to all members of society and encouraging landholders to use only as much land as they need, leaving unneeded land for others to occupy, use and develop.[4]

Perhaps the best summary of the geolibertarian philosophy is Thomas Paine's assertion in his 1797 pamphlet Agrarian Justice that "Men did not make the earth. It is the value of the improvements only, and not the earth itself, that is individual property. Every proprietor owes to the community a ground rent for the land which he holds." On the other hand, John Locke wrote that private land ownership should be praised, as long as its product was not left to spoil and there was "enough, and as good left in common for others"; when this Lockean proviso is violated, the land earns rental value. Some[who?] would argue that "as good" is unlikely to be achieved in a city setting because location is paramount, and therefore, in any urban social environment, Locke's proviso requires the collection and equal distribution of ground rent.

This strict definition of private property, as the fruits of a person's labor, leads geolibertarians to advocate a free marketplace and the protection of workers' rights to their full earnings.

Geolibertarians generally support redistributing land rent from private landholders to all community members by way of a land value tax, as proposed by Henry George and others before him. As libertarians, geolibertarians desire to see the revenue from land value capture cover only necessary administrative costs and fund only those public services which are essential for a governing body to secure and enforce rights to life, liberty and estate—civic protections which increase the aggregate land rent within the jurisdiction, and thereby serve to finance themselves—the surplus being equally distributed as an unconditional dividend to each citizen. Thus, the value of the land is returned to the residents who produce it, but who by practical necessity and legal privilege have been deprived of equal access, while the poor and disadvantaged benefit from a reliable social safety net unencumbered by bureaucracy or intrusive means-testing.

Some geolibertarians claim the reasoning behind taxing land values likewise justifies a complementary pollution tax for degrading the shared value of the natural commons. The common and inelastic character of the radio wave spectrum (which also falls under "land" as an economic category) is understood to justify the taxation of its exclusive use, as well.[5]

American economist and political philosopher Fred E. Foldvary coined the term geo-libertarianism in a same-titled article appearing in the magazine Land and Liberty.[6][verification needed] In the case of geoanarchism, the most radically decentralized and scrupulously voluntarist form of geolibertarianism, Foldvary theorizes, ground rents would be collected by private agencies and persons would have the opportunity to secede from associated geocommunities—thereby opting out of their protective and legal services—if desired.[7]