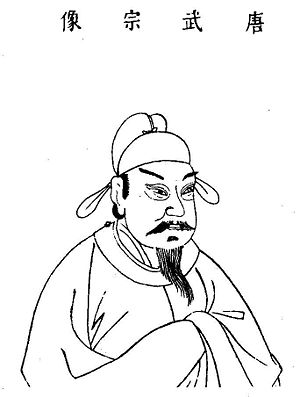 The Great Anti-Buddhist Persecution initiated by Tang Emperor Wuzong reached its height in the year 845 AD. Among its purposes were to appropriate war funds and to cleanse China of foreign influences. As such, the persecution was directed not only towards Buddhism but also towards other foreign religions, such as Zoroastrianism, Nestorian Christianity and Manichaeism. Only the native Chinese ideologies of Confucianism and Taoism survived the upheaval relatively unaffected.

Reasons for the Persecution

Emperor Wuzong's reasons for persecuting the Buddhist organisations and temples throughout China were economic, social, and religious.

An imperial edict of 845 stated the case against Buddhism as follows:

Buddhist monasteries daily grew higher. Men’s strength was used up in work with plaster and wood. Men’s gain was taken up in ornaments of gold and precious stones. Imperial and family relationships were forsaken for obedience to the fees of the priests. The marital relationship was opposed by the ascetic restraints. Destructive of law, injurious to mankind, nothing is worse than this way (Tao). Moreover, if one man does not plough, others feel hunger, if one woman does not tend the silk worms, others go cold. Now in the Empire there are monks and nuns innumerable. All depend on others to plough that they may eat, on others to raise silk that they may be clad. Monasteries and Refuges (Homes of ascetics, in Sanskrit) are beyond compute.

beautifully ornamented; they take for themselves palaces as a dwelling.... We will repress this long standing pestilence to its roots ... In all the Empire more than four thousand six hundred monasteries are destroyed, two hundred and sixty thousand five hundred monks and nuns are returning to the world, both (men and women) to be received as tax paying householders. Refuges and hermitages which are destroyed number more than forty thousand. We are resuming fertile land of the first grade, several tens of millions of Ch’ing ( 1 ching is 15.13 acres). We are receiving back as tax paying householders, male and female, one hundred and fifty thousand serfs. The aliens who hold jurisdiction over the monks and nuns show clearly that this is a foreign religion.

Ta Ch’in (Syrian) and Muh-hu-fo (Zoroastrian) monks to the number of more than three thousand are compelled to return to the world, lest they confuse the customs of China. With simplified and regulated government we will achieve a unification of our manners, that in future all our youth may together return to the royal culture. We are now beginning this reformation; how long it will take we do not know.[3]

Events of the Persecution

The first phase of the persecution was one aimed at purifying or reforming the Buddhist church rather than exterminating it. Thus, the persecution began in 842 with an imperial edict providing that undesirables such as sorcerers or convicts were to be weeded out from the ranks of the Buddhist monks and nuns and were to be returned to lay life. In addition, monks and nuns were to turn their wealth over to the government; those who wished to keep their wealth would be returned to lay life and forced to pay taxes.[4] During this first phase, Confucian arguments for the reform of Buddhist institutions and the protection of society from Buddhist influence and practices were predominant.[5]

Gradually, however, the Emperor Wuzong became more and more impressed with the claims of Taoist fanatics, and came to develop a severe dislike for Buddhism.[6] The Japanese monk Ennin, who lived in China during the persecution, even suggested that the emperor had been influenced by his illicit love of a beautiful Taoist priestess.[7] In addition, as time went by the emperor became more irascible and less sane in his judgments. One of his edicts banned the use of single-wheeled wheelbarrows, since they break up "the middle of the road," an important concept of Taoism.[8] As a result, in 844 the persecution moved into a second phase the objective of which was the extermination rather than the reformation of Buddhism.[9] According to the report prepared by the Board of Worship, there were 4,600 monasteries, 40,000 hermitages (places of retreat), 260,500 monks and nuns. The emperor issued edicts that Buddhist temples and shrines be destroyed, that all monks (desirables as well as undesirables) be defrocked, that the property of the monasteries be confiscated, and that Buddhist paraphernalia be destroyed.[10] An edict providing that foreign monks be defrocked and returned to their homelands resulted in Ennin's expulsion from China.[11] By the edict of AD 845 all the monasteries were abolished with very few exceptions. When the monasteries were broken up the images of bronze, silver or gold were to be handed over to the government.

In 846, the Emperor Wuzong died, perhaps on account of the elixirs of life he had been consuming. It is also possible that he was intentionally poisoned. Shortly thereafter, his successor proclaimed a general amnesty. The persecution was over.[12]

The suppression of monasteries and persecution of foreign religions were part of a reformation undertaken. The persecution lasted for twenty months—not long, but long enough to have permanent effects. Buddhism, for all its strength, never completely recovered. For centuries afterwards, it was merely a tolerated religion. The days of its greatest building, sculpture, and painting, and its most vital creative thought, were past.

In some aspects while much of traditional Buddhist teachings were later arduously restored following Emperor Wuzong's reign, some traditional schools of thought were wiped out. This included the ancient Esoteric school, which barely survived through transmission of the teachings to the Japanese monk Kūkai, later the founder of the Shingon sect.

Effects on other religions

In addition to Buddhism, Wuzong persecuted other foreign religions as well. He all but destroyed Zoroastrianism and Manichaeanism in China, and his persecution of the growing Nestorian Christian churches sent Nestorain Christianity into a decline, from which it did not recover until the establishment of the Yuan dynasty. The arrival of Catholic and Protestant missionaries gave new life to Christianity in China.

Chinese records state Zoroastrianism and Christianity were regarded as heretical forms of Buddhism, and were included within the scope of the edicts. Below is from an edict concerning the two religions:

As for the Tai-Ch’in (Syrian) and Muh-hu (Zoroastrian) forms of worship, since Buddhism has already been cast out, these heresies alone must not be allowed to survive. People belonging to these also are to be compelled to return to the world, belong again to their own districts, and become tax payers. As for foreigners, let them be returned to their own countries, there to suffer restraint.[13]

Islam was brought to China during the Tang dynasty by Arab traders, who were primarily concerned with trading and commerce. It is thought that this low profile was the reason that the 845 anti Buddhist edict ignored Islam.[14]