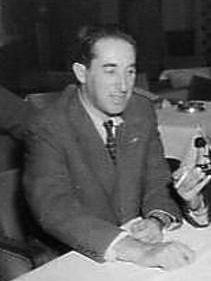 He studied at the Imperial Academy of Arts. As a theatre director he was part of Eccentricism, a modernist avant garde movement that spanned Russian futurism and constructivism, which included the theatre of Vsevolod Meyerhold and Sergei Eisenstein. Kozintsev contributed the "Salvation in the Trousers" section to the Eccentric Manifesto, published on 9 July 1922 (the other contributors were Leonid Trauberg, Sergei Yutkevich and Georgii Kryzhitskii) and was involved with the Factory of the Eccentric Actor group.

He began making films in 1921. His silent features, including The Overcoat (1926) and The New Babylon (1929), had a ring of Expressionism, while the early sound film Alone (1931) used experimental montage sound techniques. Some of his early films were launched under the FEKS label.[4] Kozintsev is most renowned by his adaptations of William Shakespeare (King Lear and Hamlet) and Miguel de Cervantes' Don Quixote.

Note: all films before 1947 are co-directed with Leonid Trauberg