Gross-Basenach or Groß-Basenach is the designation for a series of five so-called M-class German military semi-rigid airships constructed by balloonist Nikolaus Basenach and Major Hans Georg Friedrich Groß (1860–1924) of the Royal Prussian Airship Battalion Nr 2[1] between 1907 and 1914.

They produced one experimental and four so-called military Groß-Basenach types, rebuilding each one several times. In all they were not as successful as Major Groß wished. He was one of the sharpest critics of the Zeppelin airship system. However the war and the ever increasing demands on airship performance left his own system in oblivion. Even his direct competitors, Parseval and the rigid airship maker Schütte-Lanz, did not fare differently after the war's end.

The Versuchluftschiff (experimental airship) had a volume of 1,800 cubic metres and had a keel directly under the balloon envelope. It was mostly constructed by the firm Siemens-Schuckert GmbH.[2]

Later the airship was rebuilt, including among other things the empennage. 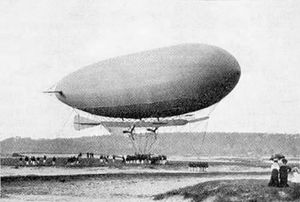 On 21 September 1908 it set a flight endurance record of over 13 hours. In 1913 the hull was lengthened to 71.8 metres. In its lengthened state it first flew on 26 March 1913. The keel was changed three times and the volume increased to 5600 m³. Nevertheless, the maximum speed remained unchanged at 47 kilometres per hour (29 mph). 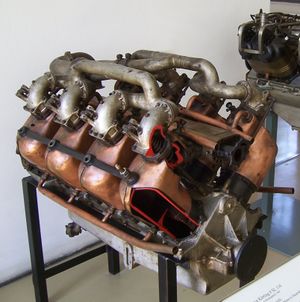 M III was the fastest airship of its time.

Unless otherwise cited, this article was sourced from [1]