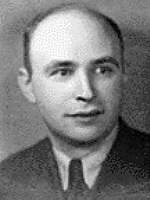 Bergmann was born in Vienna, Austria. He earned his Ph.D. in mathematics at the University of Vienna in 1928. While studying for his doctorate, he was invited to join the Vienna Circle, a group of philosophers, mathematicians, scientists, and others committed to a scientific worldview under the name of logical positivism. In 1930–31, he worked with Albert Einstein in Berlin. Unable as a Jew to find academic employment, Bergmann obtained a law degree from the University of Vienna in 1935, and practiced corporation law until he and his family fled to the United States in 1938. Settling at the University of Iowa in Iowa City in 1939, Bergmann eventually became professor of both philosophy and psychology.

He died in Iowa City.