Hamo Beknazarian was born on May 19, 1891 in Yerevan, the capital of Armenia, Russian Empire. His career in cinema started in 1914, when a casual acquaintance offered him a part in a film. Since that part, he decided to pursue a career in cinema. Between 1914 and 1918, he played about 70 parts, becoming a popular actor in pre-Revolutionary Russian film. In 1920, instead of going to Armenia as he had decided, he went to Tbilisi where he developed a film department for the Georgian Commissioner's office of Public Education. He shot many films in Tbilisi, including "The Father Murderer" and "Lost Treasures." In 1925, he shot his first Armenian film and moved to Armenia. In 1933, he shot the first Armenian sound film "Pepo." In 1941, Beknazarian was awarded the Stalin Prize. Besides feature films he also shot few documentaries. 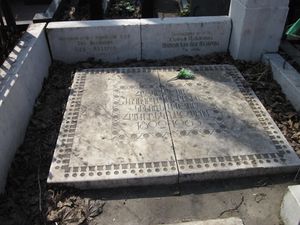