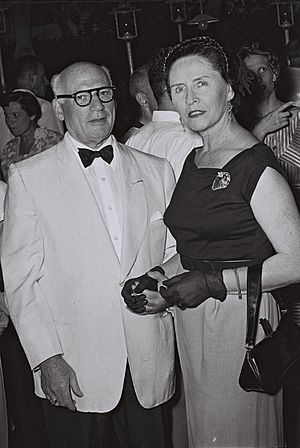 She began her career on stage at the "Hebrew Stage Theatre" of Nahum Tzemach. She joined the Habima theatre in 1917 just as it was being launched, and participated in its first production, a play by Yevgeny Vakhtangov. She became famous for her role as Leah'le, the young bride who is possessed by a demon in The Dybbuk by S. Ansky.[3]

Rovina and the other actors of HaBima immigrated to Mandate Palestine in 1928. She quickly became a symbol of the emergent Hebrew theatre, and especially of HaBima, which became the flagship of the new national theatre movement. For many years, the icon representing HaBima was a young girl in a white nightdress with two long tresses: Rovina in her role as Leah'le.[4] 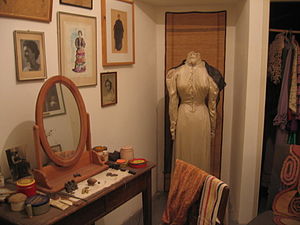 She filled every role she played with dramatic expression, taking every part very seriously and trying to live the life of the character, as prescribed by the Stanislavski School of acting. Outside the theatre, she was a non-conformist, even having a child out of wedlock with the Hebrew poet Alexander Penn, though this was very unusual for that time. Her lifestyle won her many admirers, even among people that did not frequent the theatre. Her admirers within the theatre included writer Nissim Aloni, who wrote a play, Aunt Liza, especially for her. Of course, Rovina played the lead.[5]

Rovina had a very stern attitude regarding the theatre, and made high demands of her audience. She frequently stopped a play in the middle when she felt that the audience wasn't behaving appropriately. In one famous instance, she stopped the play Hannah Senesh right in the middle of a moving scene, when she was visiting her daughter in prison before her execution. Turning to a group of school children in the audience, she shouted at them to stop munching sunflower seeds.