Henry Walter Bates FRS FLS, FGS (8 February 1825 in Leicester – 16 February 1892 in London) was an English naturalist and explorer who gave the first scientific account of mimicry in animals. He was most famous for his expedition to the rainforests of the Amazon with Alfred Russel Wallace, starting in 1848. Wallace returned in 1852, but lost his collection on the return voyage when his ship caught fire. When Bates arrived home in 1859 after a full eleven years, he had sent back over 14,712 species (mostly of insects) of which 8,000 were new to science.[1] Bates wrote up his findings in his best-known work, The Naturalist on the River Amazons.

Bates was born in Leicester to a literate middle-class family. However, like Wallace, T.H. Huxley and Herbert Spencer, he had a normal education to the age of about 13 when he became apprenticed to a hosiery manufacturer. He joined the Mechanics' Institute (which had a library), studied in his spare time and collected insects in Charnwood Forest. In 1843 he had a short paper on beetles published in the journal Zoologist.[2]

Bates became friends with Wallace when the latter took a teaching post in the Leicester Collegiate School. Wallace also became a keen entomologist, [his first interest had been plants] and he read the same kind of books as Bates and as Darwin, Huxley and no doubt many others had. These included Malthus on population, Hutton and Lyell on geology, Darwin's Voyage of the Beagle, and above all, the anonymous Vestiges of the Natural History of Creation (by Robert Chambers), which put evolution into everyday discussion amongst literate folk. They also read William H. Edwards's Voyage up the River Amazons on his Amazon expedition,[3] and this started them thinking that a visit to the region would be exciting, and might launch their careers.[4]

In 1847 Wallace and Bates discussed the idea of an expedition to the Amazon Rainforest, the plan being to cover expenses by sending specimens back to London. There an agent would sell them for a commission. The main purpose was for the travellers to "gather facts towards solving the problem of the origin of species", as Wallace put it in a letter to Bates. The two friends, who were both by now experienced amateur entomologists, met in London to prepare themselves. This they did by viewing South American plants and animals in the main collections.[5] Also they collected 'wants lists' of the desires of museums and collectors. All known letters exchanged between Wallace and Bates are available in Wallace Letters Online. 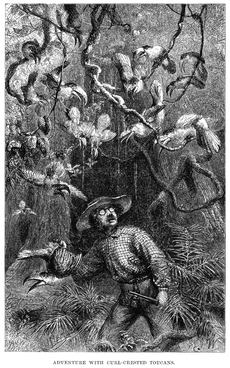 Bates and Wallace sailed from Liverpool in April 1848, arriving in Pará (now Belém) at the end of May. For the first year they settled in a villa near the city, collecting birds and insects. After that they agreed to collect independently, Bates travelling to Cametá on the Tocantins River. He then moved up the Amazon, to Óbidos, Manaus and finally to the Upper Amazon (Solimões). Tefé was his base-camp for four and a half years. His health eventually deteriorated and he returned to Britain, sending his collection by three different ships to avoid the same fate as Wallace. He spent the next three years writing his account of the trip, The Naturalist on the River Amazons, widely regarded as one of the finest reports of natural history travels.

In 1863 he married Sarah Ann Mason.[6] From 1864 onwards, he worked as Assistant Secretary of the Royal Geographical Society (effectively, he was the Secretary, since the senior post was occupied by a noble figurehead). He sold his personal Lepidoptera collection to Godman and Salvin and began to work mostly on beetles (cerambycids, carabids, and cicindelids). From 1868–69 and 1878 he was President of the Entomological Society of London. In 1871 he was elected a Fellow of the Linnaean Society, and in 1881 he was elected a Fellow of the Royal Society.

He died of bronchitis in 1892 (in modern terms, that may mean emphysema). A large part of his collections are in the Natural History Museum (see The Field, London, 20 February 1892). Specimens he collected went to the Natural History Museum [then called the B.M. (NH)] and to private collectors; yet Bates still retained a huge reference collection and was often consulted on difficult identifications. This, and the disposal of the collection after his death, are mentioned in Edward Clodd Memories.[7]

Wallace wrote an obituary of Bates in Nature. He describes Bates's 1861 paper on mimicry in Heliconiidae butterflies as "remarkable and epoch-making", with "a clear and intelligible explanation", briefly attacking its attackers as "persons who are more or less ignorant of the facts". He then praises Bates's contributions to entomology, before regretting, in remarkably bitter words for an official obituary, that the "confinement and constant strain" of "mere drudgery of office work" for the Royal Geographical Society had with "little doubt" "weakened his constitution and shortened a valuable life".[8] 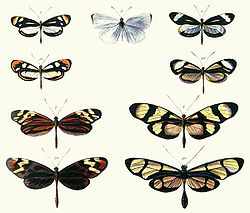 Plate from Bates' 1862 paper Contributions to an insect fauna of the Amazon Valley: Heliconiidae

Henry Bates was one of a group of outstanding naturalist-explorers who were supporters of the theory of evolution by natural selection (Charles Darwin and Alfred Russel Wallace 1858).[9] Other members of this group included J.D. Hooker, Fritz Müller, Richard Spruce and Thomas Henry Huxley.

Bates' work on Amazonian butterflies led him to develop the first scientific account of mimicry, especially the kind of mimicry which bears his name: Batesian mimicry.[10] This is the mimicry by a palatable species of an unpalatable or noxious species. A common example seen in temperate gardens is the hover-fly, many of which – though bearing no sting – mimic the warning colouration of hymenoptera (wasps and bees). Such mimicry does not need to be perfect to improve the survival of the palatable species.[11] 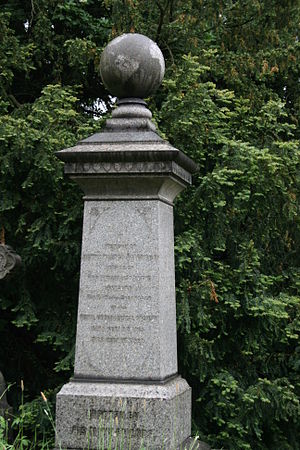 Bates noted of the Heliconids (long-wings) that they were forest-dwellers which were:

1. abundant 2. conspicuous and slow-flying. 3. gregarious; and also 4. the adults frequented flowers. 5. the larvae fed together.

And yet, said Bates "I never saw the flocks of slow-flying Heliconidae in the woods persecuted by birds or dragonflies... nor when at rest did they appear to be molested by lizards, or predacious flies of the family Asilidae [robber-flies] which were very often seen pouncing on butterflies of other families... In contrast, the Pieridae (sulfur butterflies), to which Leptalis belongs [now called Dismorphia] are much persecuted."

Bates observed that many Heliconid species are accompanied by other species (Pierids), which mimic them, and often cannot be distinguished from them in flight. They fly in the same parts of the forest as the model (Heliconid) and often in company with them. Local races of the model are accompanied by corresponding races or species of the mimic. So a scarce, edible species takes on the appearance of an abundant, noxious species. Predators, Bates supposed, learn to avoid the noxious species, and a degree of protection covers the edible species, no doubt proportional to its degree of likeness to the model. These testable hypotheses about warning signals and mimicry helped to create the field of evolutionary ecology.[12]

Bates, Wallace and Müller believed that Batesian and Müllerian mimicry provided evidence for the action of natural selection, a view which is now standard amongst biologists.[13] Field and experimental work on these ideas continues to this day; the topic connects strongly to speciation, genetics and development.[14]

Bates spent the best part of a year at Ega (now Tefé) in the Upper Amazon (Solimões),[15] where he reports that turtle was eaten regularly, and insect catches were especially abundant. He found upwards of 7,000 species of insects in the area, including 550 distinct species of butterfly.[16] Bates nursed a sick toucan back to health. Tocáno (the Indian name, after its cries) proved to be an intelligent and amusing companion, with a voracious appetite. Mainly a fruit-eater, he learnt the meal-times "to a nicety", and would eat flesh and fish as well as fruit.[17]

Bates' original work was done on a group of conspicuous butterflies always spelled by Bates as Heliconidae. He divided this assemblage into two groups, the Danaoid Heliconids, having affinities with the tribe Danaini (see also Danainae); and the Acraeoid Heliconids related to the Acraeini. The former are now known as Ithomiini, closely related to the milkweed butterflies, and were named after the genus Danaus in the Danainae. The latter are now known as the tribe Heliconiini, or long-wings, named after the genus Heliconius. Both group within the family Nymphalidae, and both groups tend to feed on poisonous plants. The milkweed plant supplies poisonous glycosides which render both caterpillar and imago danaines noxious. Ithomiines, in contrast gain their toxicity from their adult nectar sources. Heliconiine caterpillars feed on poisonous Passiflora vines. However, ithomiines gain their toxicity from their adult foodplants.