Hubris (/ˈhjuːbrɪs/, also hybris, from ancient Greek ὕβρις) means, in a modern context, extreme pride or self-confidence; in its ancient Greek context, it typically describes violent and excessive behavior rather than an attitude. When it offends the gods of ancient Greece, it is usually punished. The adjectival form of the noun hubris is "hubristic".

Hubris is usually perceived as a characteristic of an individual rather than a group, although the group the offender belongs to may suffer consequences from the wrongful act. Hubris often indicates a loss of contact with reality and an overestimation of one's own competence, accomplishments or capabilities, especially when the person exhibiting it is in a position of power.

In ancient Greek, hubris referred to actions that shamed and humiliated the victim for the pleasure or gratification of the abuser.[1] The term had a strong sexual connotation, and the shame reflected on the perpetrator as well.[2]

Violations of the law against hubris included what might today be termed assault and battery; sexual crimes; or the theft of public or sacred property. Two well-known cases are found in the speeches of Demosthenes, a prominent statesman and orator in ancient Greece. These two examples occurred when first Midias punched Demosthenes in the face in the theatre (Against Midias), and second when (in Against Conon) a defendant allegedly assaulted a man and crowed over the victim. Yet another example of hubris appears in Aeschines Against Timarchus, where the defendant, Timarchus, is accused of breaking the law of hubris by submitting himself to prostitution and anal intercourse. Aeschines brought this suit against Timarchus to bar him from the rights of political office and his case succeeded.[3]

Aristotle defined hubris as shaming the victim, not because of anything that happened to a person or might happen to a person, but merely for that person's own gratification.[4]

Crucial to this definition are the ancient Greek concepts of honor (τιμή, timē) and shame (αἰδώς, aidōs). The concept of honor included not only the exaltation of the one receiving honor, but also the shaming of the one overcome by the act of hubris. This concept of honor is akin to a zero-sum game. Rush Rehm simplifies this definition to the contemporary concept of "insolence, contempt, and excessive violence".[citation needed] 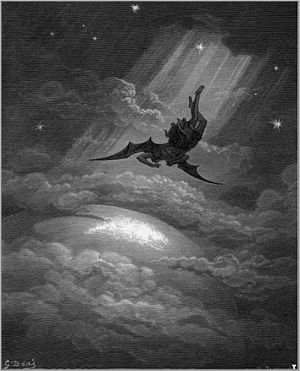 In its modern usage, hubris denotes overconfident pride and arrogance. Hubris is often associated with a lack of humility, though not always with the lack of knowledge. Those accused of hubris often come from higher social backgrounds, such as politicians or wealthy celebrities, than the accuser, who accuses them of having marginal experience with the realities of the topics they are addressing. An accusation of hubris often implies that suffering or punishment will follow, similar to the occasional pairing of hubris and nemesis in Greek mythology. The proverb "pride goeth (goes) before destruction, a haughty spirit before a fall" (from the biblical Book of Proverbs, 16:18) is thought to sum up the modern use of hubris. It is also referred to as "pride that blinds", as it often causes one accused of hubris to act in foolish ways that belie common sense.[5] In other words, the modern definition may be thought of as, "that pride that goes just before the fall". More recently, in his two-volume biography of Adolf Hitler, historian Ian Kershaw uses both 'hubris' and 'nemesis' as titles. The first volume, Hubris,[6] describes Hitler's early life and rise to power. The second, Nemesis,[7] gives details of Hitler's role in the Second World War, and concludes with his fall and suicide in 1945.

Examples of hubris are often found in fiction, most famously in Paradise Lost: John Milton's depiction of the biblical Lucifer (who attempts to wrest power from God, is cast down to hell, and proclaims: "Better to reign in hell than serve in heaven.") Chinua Achebe's novel Things Fall Apart has been called a modern Greek tragedy, and the main character Okonkwo is a classic tragic hero whose hubris leads to his downfall. Victor in Mary Shelley's Frankenstein manifests hubris in his attempt to become a great scientist by creating life through technological means, but eventually regrets this previous desire. Marlowe's play Doctor Faustus portrays the eponymous character as a scholar whose arrogance and pride compel him to sign a deal with the Devil, and retain his haughtiness until his death and damnation, despite the fact that he could easily have repented had he chosen to do so. A more recent example is the character Walter White from the TV show Breaking Bad, whose entry into the criminal world gradually caused him to eradicate all moral boundaries (except for the will to protect his family) and perform heinous crimes in order to empower his ever growing meth empire.