The Hun School of Princeton is a private, coeducational, secondary boarding school located in Princeton, New Jersey, United States. The school serves students from grades 6 through high school. Currently, the headmaster is Jonathan Brougham. The school has been accredited by the Middle States Association of Colleges and Schools Commission on Secondary Schools since 1963.[2] 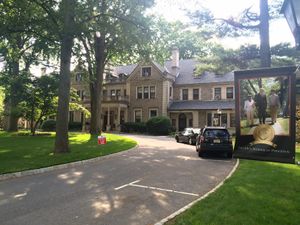 The school was founded in 1914 by Dr. John Gale Hun, a professor at Princeton University. Originally called the Princeton Math School, it later changed its name to the Princeton Tutoring School. In 1925, the school acquired both its current name and the property on Edgerstoune Road that makes up its current location.

As of the 2013-14 school year, the school had an enrollment of 623 students and 79.9 classroom teachers (on an FTE basis), for a student–teacher ratio of 7.8:1.[1] 95 students attend the Hun Middle School, which houses grades 6-8. The rest are in the Upper School. 70% of Hun's Upper School students are day students, and the rest are boarders. Students come from 15 states and 27 countries.[3]

Part of the extensive playing fields along the Stony Brook

Sports offered by the Hun Middle School include: 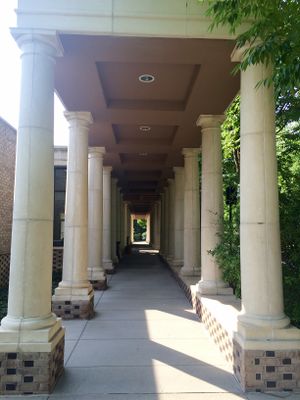 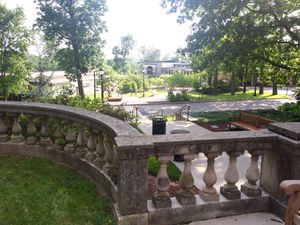 The campus from the porch of Edgerstoune 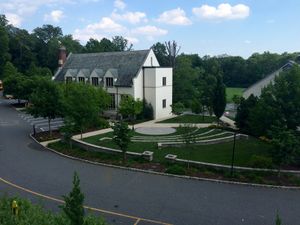