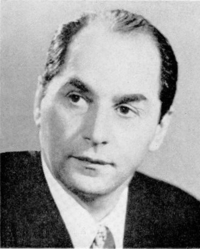 Born in Kiev, the only child of a Russian lawyer and a French-Romanian seamstress. His family lived in Paris until he was 8, and throughout his life he spoke to Western journalists in fluent French.[1] Moiseyev graduated from the Bolshoi Theatre ballet school in 1924 and danced in the theatre until 1939. His first choreography in the Bolshoi was Footballer in 1930 and the last was Spartacus in 1954.

Since the early 1930s, he staged acrobatic parades on Red Square and finally came up with the idea of establishing the Theatre of Folk Art. In 1936, Vyacheslav Molotov put him in charge of the new dance company, which has since been known as the Moiseyev Ballet. Among about 200 dances he created for his company, some humorously represented the game of football and guerrilla warfare. After visiting Belarus he choreographed a Belarusian "folk" dance Bulba ("Potato"), which over the years indeed became a Belarusian folk dance. According to the Encyclopædia Britannica, Moiseyev's work has been especially admired "for the balance that it maintained between authentic folk dance and theatrical effectiveness".

Moiseyev was named People's Artist of the USSR in 1953, Hero of Socialist Labor in 1976, received the Lenin Prize (1967, for the dance show A Road to the Dance), four Stalin/USSR State Prizes (1942, 1947, 1952, 1985), Russian Federation State Prize (1996), was awarded numerous orders and medals of the Soviet Union, Spain and many other countries. On the day of his centenary, Moiseyev became the first Russian to receive Order of Merit for the Fatherland, 1st class — the highest civilian decoration of the Russian Federation. In 2001, he was awarded the UNESCO Mozart Medal for outstanding contribution to world music culture. He died in Moscow in 2007. 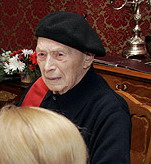 Igor Moiseyev at the age of 100

USSR and the Russian Federation