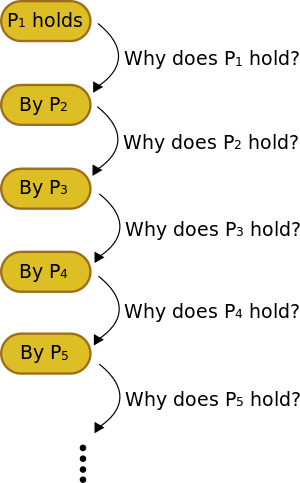 Distinction is made between infinite regresses that are "vicious" and those that are not. 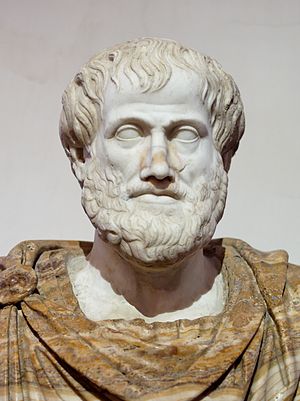 Aristotle argued that knowing does not necessitate an infinite regress because some knowledge does not depend on demonstration:

Some hold that, owing to the necessity of knowing the primary premises, there is no scientific knowledge. Others think there is, but that all truths are demonstrable. Neither doctrine is either true or a necessary deduction from the premises. The first school, assuming that there is no way of knowing other than by demonstration, maintain that an infinite regress is involved, on the ground that if behind the prior stands no primary, we could not know the posterior through the prior (wherein they are right, for one cannot traverse an infinite series): if on the other hand – they say – the series terminates and there are primary premises, yet these are unknowable because incapable of demonstration, which according to them is the only form of knowledge. And since thus one cannot know the primary premises, knowledge of the conclusions which follow from them is not pure scientific knowledge nor properly knowing at all, but rests on the mere supposition that the premises are true. The other party agree with them as regards knowing, holding that it is only possible by demonstration, but they see no difficulty in holding that all truths are demonstrated, on the ground that demonstration may be circular and reciprocal. Our own doctrine is that not all knowledge is demonstrative: on the contrary, knowledge of the immediate premises is independent of demonstration. (The necessity of this is obvious; for since we must know the prior premises from which the demonstration is drawn, and since the regress must end in immediate truths, those truths must be indemonstrable.) Such, then, is our doctrine, and in addition we maintain that besides scientific knowledge there is its original source which enables us to recognize the definitions.[1][2]

Infinite regress in consciousness is the formation of an infinite series of "inner observers" as we ask the question of who is observing the output of the neural correlates of consciousness in the study of subjective consciousness.

Infinite regress in optics is the formation of an infinite series of receding images created in two parallel facing mirrors. See optical feedback.