listen); September 1, 1855 (N.S.) – December 13, 1909 (N.S.)) was a poet, critic and translator, representative of the first wave of Russian Symbolism. Sometimes cited as a Slavic counterpart to the poètes maudits, Annensky managed to render into Russian the essential intonations of Baudelaire and Verlaine, while the subtle music, ominous allusions, arcane vocabulary, the spell of minutely changing colours and odours were all his own. His influence on the first post-Symbolist generation of poets (Akhmatova, Gumilyov, Mandelshtam) was paramount.

Annensky was born into the family of a public official in Omsk on September 1 N.S. 1855.[1] In 1860, while still a child, he was taken to Saint Petersburg. Innokenty lost his parents early on, and was raised in the family of his older brother, Nikolai Annensky, a prominent Narodnik and political activist.

In 1879, Innokenty graduated from the philological department of St. Petersburg University, where he concentrated on Historical-comparative linguistics. He became a teacher, and taught classical languages and ancient literature studies in a gymnasium in Tsarskoe Selo. He served as the Director of this school from 1886 until his death in 1909. Anna Akhmatova graduated from this school, and called Annensky "my only teacher," as did Nikolai Gumilev, who called him "the last of Tsarskoe Selo's swans."

Like Vasily Zhukovsky before him, Annensky was somewhat reluctant to publish his original poems and first gained renown with his masterful translations of Euripides and the French Symbolists. From 1890 until his death in 1909, he translated from Ancient Greek all the works of Euripides. At the beginning of the 1900s, Annensky wrote a series of tragedies modelled after those of ancient Greece: Melanippa-filosof (1901), Tsar Iksion (1903), Laodamia (1906). Some of these works were dedicated to his colleague, Faddei Zielinski, who would later write his obituary.

Among the worlds, in glimmering of stars,
The single Star is ever my attraction…
Not ‘cause I’d so loved Her so far,
But ‘cause I live with others with aversion.

And if my doubts were an awful plight,
I just from Her wait for the final answers,
Not ‘cause She sends to me the saving light,
But ‘cause with Her I can live and in darkness.'

Among cold worlds, immersed in starry glow,
One single star's name I repeat- why bother
It's not because she has my only love
Because it's simply far too dark with others."

And if it's getting heavy with the doubt
Hers is the only precious answer heeded
It's not because her light is very bright
It is because no light with her is needed."

Translated by Gregory B, Khavin, 2012

Amid the worlds, in twinkling of the stars
There’s the One, whose name I always utter…
‘Tis not because I love Her with my heart,
But rather because languish I with others.

And if my doubt is hard in all its might,
‘Tis She alone, whom always I inquire,
‘Tis not because She gives abundant light,
But rather because with Her no light is required.

As a literary critic, Annensky published The Book of Reflections, two volumes of essays on Nikolai Gogol, Mikhail Lermontov, Ivan Goncharov, and, his favourite, Fyodor Dostoyevsky. His essays were sometimes termed "critical prose" because of the artistic value of these texts. During his last months, Annensky worked as an editor of Sergei Makovsky's journal Apollon, in which he published some essays on poetry theory. Nikolai Gumilev valued these theoretical works very highly and considered Annensky to be the first true acmeist.

In literary history, Annensky is remembered primarily as a poet. He started writing poetry in the 1870s but did not publish it. He followed the advice of his older brother, Nikolay, not to publish anything until he is 35. His first collection of poems, entitled Quiet Songs, was published in 1904 under the pseudonym Nik. T.-o (i.e., "No one" in Russian). It gained moderate praise from leading Symbolists, many of whom didn't suspect that Annensky was the author. His second book, Cypress Box, was much more important. The poet died just days before its projected publication. Many of his unpublished pieces were edited in the 1920s by his stepson, Valentin Krivich, who was a minor poet.

On December 13 N.S. 1909, Innokenty Annensky died from a heart attack at the Tsarskoe Selo railway station in Saint Petersburg. His death was linked to family difficulties. Many of his finest pieces (e.g., Stansy, Dalnie Ruki) were actually inspired by Annensky's unrequited love for his daughter-in-law.

Annensky's best poems are intricate and obscure: the images are meant to evoke (rather than to record) subtle associations of half-forgotten memories. He once said that the most important thing in poetry is a thread that would bind all the rambling associations into a tightly structured short poem. Aleksander Blok called him a necrophiliac poet, with death being his only theme . While this assessment may appear harsh and far-fetched, it is true that Annensky alluded to death in the sinister odours he cites in many of his poems. 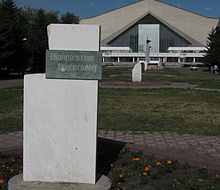