From Infogalactic: the planetary knowledge core
Jump to: navigation, search
For other uses, see Intellect (disambiguation). 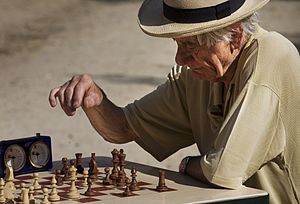 Intellect is often referred to the rational and logical side of the human mind.

Intellect is a term used in studies of the human mind, and refers to the ability of the mind to come to correct conclusions about what is true or real, and about how to solve problems. Historically the term comes from the Greek philosophical term nous, which was translated into Latin as intellectus (derived from the verb intelligere, "to understand," from inter, "between" and legere, "to choose"[1]) and into French (and then English) as intelligence.

Discussion of the intellect can be divided into two broad areas. In both of these areas, the terms "intellect" and "intelligence" have continued to be used as related words.

A person who uses intelligence (thought and reason) and critical or analytical reasoning in either a professional or a personal capacity is often referred to as an intellectual.

Intellect is often considered to be a branch of intelligence reflecting mainly its logical and rational side.

Because of the lack of emotional and sensitive engagement, intellect is sometimes considered to be strictly limited to the facts and not going beyond mere raw knowledge.[4] However, intellect can carry a high level of complexity and thus avoid linear and formal logic patterns by referring to such mental processes as, for example, fuzzy logic and dialectical logic.[5]

Experience plays a crucial role in the formation of intellect. Through solving life problems people can reach intellectual enlightenment and improve their behavioral patterns to act more reasonably and appropriately in the future. Therefore, intellectual development is encouraged by the feeling of dissatisfaction gained from particular situation’s outcome and the emanating search for better solutions. Only experience can provide people with genuine and thoughtful understanding of reality, which consequently contributes to intellectual development.

Understanding is build upon creating a model of the reality through human perception and cognitive reflection. The process of finding solutions to life problems enriches human mental “database” of reality attributes. When acquiring the most accurate understanding of the surrounding world, the model mirrored in human mind becomes very similar or identical to the reality and that is when the intellect releases its full potential.

Intellect that reaches its maturity[7] is referred as self-management. At this state intellect can encounter every problem it faces and not only change itself in the most efficient manner, but also alter the reality in the most desirable way. Overall, success and failure turn to depend primarily on the extent of intellectual capabilities. 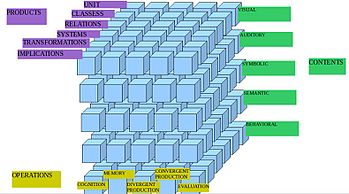 According to J.P.Guilford, intellect consists of three key parameters: operations, contents and products. Each parameter contains specific elements, which are independent and therefore should be measured individually and considered as autonomous units of human intellect.[8]

Intellectualization is a therapeutic method, which is based on avoiding emotional penetration through intense intellectual focus. When exercising this technique, the problem that can cause psychological disturbance is approached from rational, cool and scientific attitude. It is one of the defense mechanisms described by Freud that blocks feelings to prevent human psyche from anxiety and stress.

The principle that shapes intellectualization involves Freud’s concept of Id, ego and super-ego. Ego is a conscious part of human personality, Id refers to unconscious, “dark” side of human nature driven by animal instincts, and super-ego is a controlling mechanism that adjusts people’s actions and behavior to social norms and expectations. The purpose of intellectualization is to isolate Id and make conscious aspects of life the only object of reflection and consideration. Therefore, this defense mechanism aims to protect ego from unconscious processes, which are often impossible to handle and control.[10]

One of the ways to launch intellectualization is to use jargon and complex scientific terms instead of regularly used words. A common example is saying “carcinoma” instead of “cancer” if a doctor wants to mitigate the effect of announcing the disease by driving patient’s attention away from the illness and approaching it more systematically to avoid emotional outburst.[11]

However, intellectualization is sometimes criticized because of its disregard of feelings. That subsequently leads to the full denial of intuition, which sometimes contributes to decision-making process. Moreover, the absence of emotional stimuli can deprive people from motivation and therefore lead to dissatisfaction and melancholy. Furthermore, “emotional constipation” threats human creativity capabilities by replacing them with more matter-of-fact solutions.[12]