From Infogalactic: the planetary knowledge core
Jump to: navigation, search
For other uses, see Intuition (disambiguation). 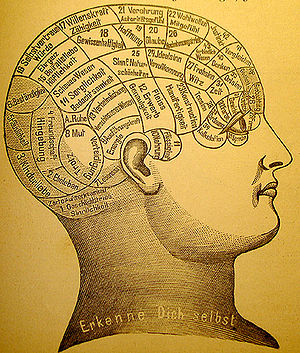 Intuition, a phenomenon of the mind, describes the ability to acquire knowledge without inference or the use of reason.[2] The word "intuition" comes from Latin verb intueri translated as consider or from late middle English word intuit, "to contemplate".[3] Intuition is often interpreted with varied meaning from intuition being glimpses of greater knowledge[4] to only a function of mind; however, processes by which and why they happen typically remain mostly unknown to the thinker, as opposed to the view of rational thinking.

Intuition has been subject of discussion from ancient philosophy to modern psychology, also a topic of interest in various religions and esoteric domains, as well as a common subject of writings[5] and is often misunderstood and misinterpreted as instinct, truth, belief, meaning and other subjects. The right brain is popularly associated with intuitive processes such as aesthetic or generally creative abilities.[6][7][8] Some scientists have contended that intuition is associated with innovation in scientific discovery.[9]

Intuition Peak on Livingston Island in the South Shetland Islands, Antarctica is named in appreciation of the role of scientific intuition for the advancement of human knowledge.[10]

Both Eastern and Western philosophers have studied the concept in great detail. Philosophy of mind deals with the concept of intuition. The concept is often confused with other concepts such as truth, belief, and meaning.[11]

In the East intuition is mostly intertwined with religion and spirituality, and various meanings exist from different religious texts.[12]

In Hinduism various attempts have been made to interpret the Vedic and other esoteric texts.

Sri Aurobindo believed humans are evolutionary beings who currently are not fully developed and are only in a transitional period. To him, intuition in human beings are just glimpses of wider and higher self-knowing knowledge beyond human intelligence, a knowledge where there is no division between the knowledge and the person obtaining the knowledge and where understanding of reality is in its entirety, currently he finds the mind often twists and always diminishes the quality of knowledge from intuition. He thought that with time intuition will be the main function of human thought and thinking would become a secondary activity of the mind. He also claimed that one can perform actions to try to achieve this state.[4]

Osho believed consciousness of human beings to be in increasing order from basic animal instincts to intelligence and intuition, and humans being constantly living in that conscious state often moving between these states depending on their affinity and he also suggests living in the state of intuition is one of the ultimate aims of humanity.[13]

Advaita vedanta (a school of thought) takes intuition to be an experience through which one can come in contact with and experience Brahman. [14]

Buddhism finds intuition being a faculty in the mind of immediate knowledge & puts the term intuition beyond mental process of conscious thinking, as the conscious intellect cannot necessarily access subconscious information, or render such information into a communicable form.[15] In Zen Buddhism various techniques have been developed to help develop ones intuitive capability, such as kó-an - the resolving of which leads to states of minor enlightenment (satori). In parts of Zen Buddhism intuition is deemed a mental state between the Universal mind and one's individual, discriminating mind.[16][17]

In Islam there are various scholars with varied interpretation of intuition (often termed as hads, hitting correctly on a mark), sometimes relating the ability of having intuitive knowledge to prophet hood. Siháb al Din-al Suhrawadi in his book philosophy of illumination (ishráq) finds intuition is a knowledge got through illumination and is mystical in nature and also suggests mystical contemplation(mushãhada) on this to bring about correct judgements.[18] while Ibn Sīnā finds the ability of having intuition as a "prophetic capacity" terms it as a knowledge obtained without intentionally acquiring it. He finds regular knowledge is based on imitation while intuitive knowledge as based on intellectual certitude.[19]

In the West, intuition does not appear as a separate field of study, and early mention and definition can be traced back to Plato. In his book Republic he tries to define intuition as a fundamental capacity of human reason to comprehend the true nature of reality.[20] In his discussion with Meno & Phaedo, he describes intuition as a pre-existing knowledge residing in the "soul of eternity," and a phenomenon by which one becomes conscious of pre-existing knowledge. He provides an example of mathematical truths, and posits that they are not arrived at by reason. He argues that these truths are accessed using a knowledge already present in a dormant form and accessible to our intuitive capacity. This concept by Plato is also sometimes referred to as anamnesis. The study was later continued by his followers.[21]

In his book Meditations on first philosophy, Descartes refers to an intuition as a pre-existing knowledge gained through rational reasoning or discovering truth through contemplation. This definition is commonly referred to as rational intuition.[22] Later philosophers, such as Hume, have more ambiguous interpretations of intuition. Hume claims intuition is a recognition of relationships (relation of time, place, and causation) while he states that "the resemblance" (recognition of relations) "will strike the eye" (which would not require further examination) but goes on to state, "or rather in mind" - attributing intuition to power of mind, contradicting the theory of empiricism.[23][24]

Immanuel Kant finds intuition is thought of as basic sensory information provided by the cognitive faculty of sensibility (equivalent to what might loosely be called perception). Kant held that our mind casts all of our external intuitions in the form of space, and all of our internal intuitions (memory, thought) in the form of time.[25] Intuitionism is a position advanced by Luitzen Egbertus Jan Brouwer in philosophy of mathematics derived from Kant's claim that all mathematical knowledge is knowledge of the pure forms of the intuition - that is, intuition that is not empirical. Intuitionistic logic was devised by Arend Heyting to accommodate this position (and has been adopted by other forms of constructivism in general). It is characterized by rejecting the law of excluded middle: as a consequence it does not in general accept rules such as double negation elimination and the use of reductio ad absurdum to prove the existence of something.[citation needed]

Intuitions are customarily appealed to independently of any particular theory of how intuitions provide evidence for claims, and there are divergent accounts of what sort of mental state intuitions are, ranging from mere spontaneous judgment to a special presentation of a necessary truth.[26] However, in recent years a number of philosophers, especially George Bealer have tried to defend appeals to intuition against Quinean doubts about conceptual analysis.[27] A different challenge to appeals to intuition has recently come from experimental philosophers, who argue that appeals to intuition must be informed by the methods of social science.[citation needed]

The metaphilosophical assumption that philosophy depends on intuitions has recently been challenged by some philosophers. Timothy Williamson has argued that intuition plays no special role in philosophy practice, and that skepticism about intuition cannot be meaningfully separated from a general skepticism about judgment. On this view, there are no qualitative differences between the methods of philosophy and common sense, the sciences or mathematics.[28] 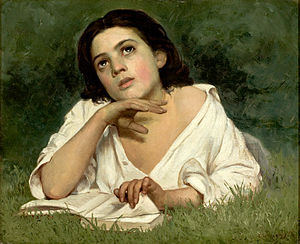 Sigmund Freud said knowledge could only be attained through the intellectual manipulation of carefully made observations and rejected any other means of acquiring knowledge such as intuition, and his findings could have been analytic turn of his mind towards the subject.[29] In Carl Jung's theory of the ego, described in 1921 in Psychological Types, intuition was an "abstract function", opposed most directly by sensation, and could be found in combination with either of the "judging functions" of thinking and feeling, as in intuitive thinking types and intuitive feeling types.[30] Jung defined intuition as "perception via the unconscious": using sense-perception only as a starting point, to bring forth ideas, images, possibilities, patterns, ways out of a blocked situation, by a process that is mostly unconscious.

Jung said that a person in whom intuition was dominant, an "intuitive type", did not use their concrete sensory experience but an abstract intuitive one. An extroverted intuitive type, "the natural champion of all minorities with a future", orients themselves to new and promising but unproven possibilities, often leaving to chase after the new possibility before old ventures have borne fruit, oblivious to his or her own welfare in the constant pursuit of change. An introverted intuitive type orients himself with images from the unconscious, ever exploring the psychic world of the archetypes, seeking to perceive the meaning of events, but often having no interest in playing a role in those events and not seeing any connection between the contents of the psychic world and him or herself. Jung thought that extroverted intuitive types were likely entrepreneurs, speculators, cultural revolutionaries, often undone by a desire to escape every situation before it becomes settled and constraining repeatedly leaving lovers for the sake of new romantic possibilities. His introverted intuitive types were likely mystics, prophets, or cranks, struggling with a tension between protecting their visions from influence by others and making their ideas comprehensible and reasonably persuasive to others—a necessity for those visions to bear real fruit.[31]

In more-recent psychology, intuition can encompass the ability to know valid solutions to problems and decision making. For example, the recognition primed decision (RPD) model explains how people can make relatively fast decisions without having to compare options. Gary Klein found that under time pressure, high stakes, and changing parameters, experts used their base of experience to identify similar situations and intuitively choose feasible solutions. Thus, the RPD model is a blend of intuition and analysis. The intuition is the pattern-matching process that quickly suggests feasible courses of action. The analysis is the mental simulation, a conscious and deliberate review of the courses of action.[32]

A lot of time instinct is misinterpreted as intuition and its reliability considered to be dependent on past knowledge and occurrences in a specific area. For example, someone who has had more experiences with children will tend to have a better instinct about what they should do in certain situations with them. This is not to say that one with a great amount of experience is always going to have an accurate intuition.[33]

Intuitive abilities were quantitatively tested at Yale University in the 1970s. While studying nonverbal communication, researchers noted that some subjects were able to read nonverbal facial cues before reinforcement occurred.[34] In employing a similar design, they noted that highly intuitive subjects made decisions quickly but could not identify their rationale. Their level of accuracy, however, did not differ from that of non intuitive subjects.[35]

Intuition, as a gut feeling based on experience, has been found to be useful for business leaders for making judgement about people, culture and strategy.[36] Law enforcement officers often claim to observe suspects and immediately "know" that they possess a weapon or illicit narcotic substances, which could also be action of instincts. Often unable to articulate why they reacted or what prompted them at the time of the event, they sometimes retrospectively can plot their actions based upon what had been clear and present danger signals. Such examples liken intuition to "gut feelings" and when viable illustrate preconscious activity.[37]