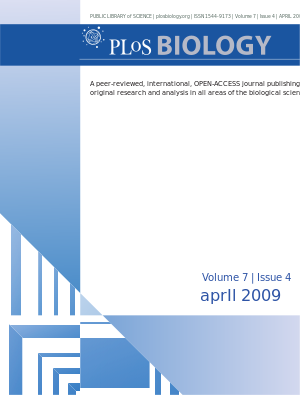 The cover of an issue of the open-access journal PLOS Biology, published monthly by the Public Library of Science.

Periodical literature (also called a periodical publication or simply a periodical) is a published work that appears in a new edition on a regular schedule.[1] The most familiar counter-examples are the newspaper,[2][3] often published daily, or weekly. The most familiar example is the magazine, typically published weekly, monthly, or as a quarterly. Other examples are newsletters, literary magazines (literary journals), academic journals (including scientific journals), science magazines, and yearbooks.

These examples are typically published and referenced by volume and issue. "Volume" typically refers to the number of years the publication has been circulated, and "Issue" refers to how many times that periodical has been published during that year. For example, the April 2011 publication of a monthly magazine first published in 2002 would be listed as, "Volume 10, Issue 4." Roman numerals are sometimes used in reference to the Volume number.

When citing a work in a periodical, there are standardized formats such as The Chicago Manual of Style. In the latest edition of this style, a work with volume number 17 and issue number 3 may be written as follows:

Periodicals can be classified into two types: popular and scholarly. Popular periodicals are, usually magazines (e.g., Ebony and Esquire). The scholarly journals are found in libraries and databases. Examples are The Journal of Psychology and the Journal of Social Work. Trade/professional magazine are also examples of periodicals. They are written for an audience of professionals in the world. As of the early 1990s, there were over 6,000 business, technical, academic, scientific and trade publications in the United States alone.[4] 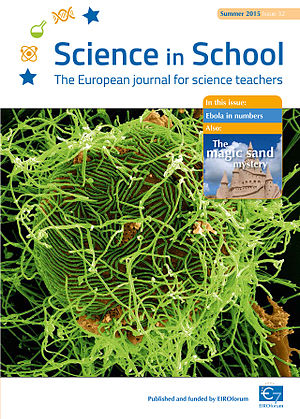 Cover of Science in School magazine.[5]

These examples are related to the idea of an indefinitely continuing cycle of production and publication: magazines plan to continue publishing, not to stop after a predetermined number of editions. A novel, in contrast, might be published in monthly parts, a method revived after the success of The Pickwick Papers by Charles Dickens.[6] This approach is called part-publication, particularly when each part is from a whole work, or a serial, for example in comic books. It flourished during the nineteenth century, for example with Abraham John Valpy's Delphin Classics, and was not restricted to fiction.[7]

Postal services often carry periodicals at a preferential rate; for example, Second Class Mail in the United States only applies to publications issued at least quarterly.[8]