From Infogalactic: the planetary knowledge core
(Redirected from JG 52)
Jump to: navigation, search

Jagdgeschwader 52 (JG 52) (52nd Fighter Wing) of the Luftwaffe, is the most successful fighter-wing of all time, with a claimed total of more than 10,000 victories over enemy aircraft during World War II. It was the unit of the top three scoring flying aces of all time, Erich Hartmann, Gerhard Barkhorn and Günther Rall. The unit flew exclusively with the various versions of the Messerschmitt Bf 109 throughout the war.

Originally, JG 52 was involved in the air fighting during the Battle of France and the Battle of Britain. Initially only a 2 Gruppe unit — most Jagdgeschwader were three Gruppen (RAF Wings) units; each Gruppe consisted of three or four Staffeln (squadrons) of 12-16 aircraft, as well as the required ground support crew. Jagdgeschwader 52's achievements during the offensives were rather unremarkable. By the end of 1940, the unit had amassed 177 claims, but had suffered high losses; 53 pilots killed or POW in the Battle of Britain alone.[1]

It was only at the outset of Operation Barbarossa, when JG 52 was transferred to the east, that the wing started to chalk up kills consistently. Jagdgeschwader 52 was based mainly on the Southern, Ukrainian and Central fronts in Soviet Russia from 1941–1944, supporting Army Group South. The Geschwader's 500th victory was attained on 7 September 1941. Among those victories, 323 were attained on the Eastern Front.

Initially, I./JG 52[2] was retained in the west, guarding the Northern European coast, while Hpt Woitke's II./JG 52 was seconded to JG 27, claiming 270 kills in the first few months of the offensive. Jagdgeschwader II./52 was the southern-most Gruppe on the entire Russian front, along the Black Sea coast, where action was limited at that time.

During 1941–1942, with the Luftwaffe constantly on the offensive against vast numbers of the ill-equipped and poorly trained Soviet Air Force, conditions were perfect for the experienced well-equipped JG 52 fighter pilots to build up huge personal scores of aircraft shot down. In the period between 22 June – 5 December 1941, the unit destroyed 881 Soviet aircraft, in return for 49 losses in aerial combat and five aircraft on the ground.[3]

The Caucasus and Stalingrad offensives

In mid-July 1942, the Gruppen commenced re-equipment with the new Bf 109 G Gustav, and the wing continued covering the armoured spearhead offensive deep into the Caucasus. Gruppe I. by this time had become a highly mobile 'fire brigade' formation, sent at short notice to areas where fighter cover was quickly and urgently required. Shuttling between areas ranging from the Kerch Peninsula on the Black Sea to the Moscow Front, I. /JG 52 was in constant action. The Gruppe's 700th claim was achieved in September 1942.

Although JG 52 was not directly involved in the final stages of the Battle of Stalingrad, III./JG 52 was used during the push towards the Caucasian oil fields in the south during August–September 1942, and II./JG 52 supported the attempted break-through by the 4th Panzer Army in late 1942. During this time, the 4,000 kill mark was reached, on 10 December 1942.

The first half of 1943 saw action centred around the Strait of Kerch and the Crimea. By mid March, II. and III. Gruppen had the task of protecting 17th Army's main line of retreat. On 20 April 1943, Hptm. Günther Rall scored the Geschwader's 5,000th victory.

I. and III./JG 52 moved into the Ukraine in July 1943 in preparation for the massive Kursk offensive. As two of the eight fighter Gruppen involved, the offensive saw JG 52 pass the 6,000 mark in aircraft claimed shot down. Hauptmann Johannes Wiese of 2./JG 52[2] claimed 12 Soviet aircraft destroyed in one day, but the assertion that 7./JG 52's Walter Krupinski claimed 11 appears to be a misunderstanding.

By this time, however, the new generation of advanced Soviet fighter aircraft (such as the Yak-9 or La-5 of the La-5FN version) and improved battle field tactics were taking an ever higher toll of the overworked veteran Luftwaffe pilots. 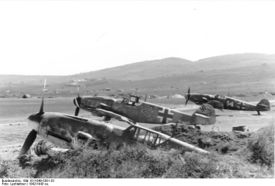 The withdrawal of JG 3 in August 1943 left JG 52 as the sole complete fighter Geschwader on the Eastern Front. Constantly on the move, JG 52 now operated from makeshift and temporary airstrips close to the rapidly contracting frontline, often in danger of being overrun by Russian armoured spearheads.

On 10 May 1944, the 9,000th claim was made, with the 10,000 mark passed on 2 September 1944 by Adolf Borchers. The last German troops left the Crimea in May 1944, II./JG 52 retiring from battle a week earlier. Artillery fire and constant air raids had caused steady aircraft losses. A retreat to Romania followed soon after. A new opponent appeared at this stage, with elements of the USAAF 15th Air Force bombing the Ploieşti oil fields in Romania. During JG 52's six-week defence, some 15 US aircraft were shot down, but by this time, attrition had reduced II./JG 52 to just nine operational fighters.

With the Normandy invasion underway, JG 52 was weakened by the removal of three Staffeln for service in the West. New 2, 4 and 7 Staffeln would be activated later in the year, with each JG 52 Gruppen now expanded to four Staffeln.

III./JG 52 was now seconded to the Central front, attached to elements of JG 51. By the spring of 1945, I. and III./JG 52 were stationed within Czechoslovakia, with II./JG 52 based in Austria. Although the units surrendered to the American forces at the end of the war, most of the I. and III. Gruppe personnel were controversially handed over the Soviet Army, resulting in several show trials for JG 52 officers and years of prolonged imprisonment for many officers and men.

The vast majority of the Geschwader's victories were achieved against aircraft from the Red Air Force, although a few occurred against USAAF aircraft over Austria near the end of the war.

The final actual kill tally of JG 52 cannot accurately be assessed, as unit records from late 1944 to May 1945 were destroyed. Over 10,000 kills were certainly claimed, for some 678 pilots killed in action.

JG 52 produced some of the highest scoring aces of all time. Many of its pilots were imprisoned for up to ten years by the Soviets after the war had finished. Major Erich Hartmann (352 kills) was kept in Soviet captivity until his release in 1955.

Post war, the phenomenal scores achieved by the Luftwaffe, particularly on the Russian Front by the likes of JG 52, were questioned by historians as to their validity. However, with the recent availability of Soviet military archives, research indicates that most Jagdgeschwader claims in fact stand up to scrutiny far better than many other of the combatant nations in World War II.[4]

Whilst inevitably there was some degree of over-claiming (as happened in all air combat in World War II), JG 52 was the top scoring unit in a Luftwaffe fighter force that was outnumbered and therefore had plenty of targets (on all fronts). For the first half of the war at least they were also tactically superior to all of their opponents, and flew far more missions than most Allied pilots (up to 1,000 operations) and were thus the most experienced veterans of all the combatant nations. Luftwaffe aircrew did not have rest periods, tours of operations or 'rotations' like Allied Air Forces- they flew until they were incapacitated, taken prisoner or were killed. 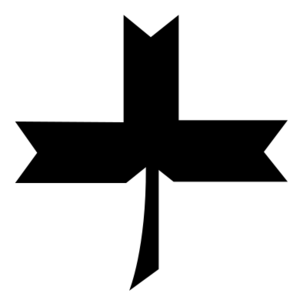 JG 52 was also home to attachments from other Axis air forces' fighter arms. A Staffel (13(Slow.)/JG 52) of attached Slovak Air Force pilots claimed 215 air kills flying Bf-109G's during a tour of operations on the Eastern Front in 1943, while Croatian pilots, flying as part of the Croatian Air Force Legion, formed 15(Kroat.)/JG52, serving periodically with JG 52 between October 1941 and mid-1944, claiming over 300 kills in 5,000 missions. 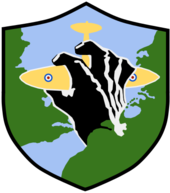 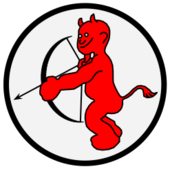 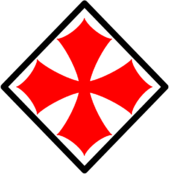