In 1953, he received his doctorate from the University of Helsinki for a thesis entitled Distributive Normal Forms in the Calculus of Predicates. He was a student of Georg Henrik von Wright.

Hintikka was a Junior Fellow at Harvard University (1956-1969), and held several professorial appointments at the University of Helsinki, the Academy of Finland, Stanford University, Florida State University and finally Boston University from 1990 until his death.[1] He was the prolific author or co-author of over 30 books and over 300 scholarly articles, Hintikka contributed to mathematical logic, philosophical logic, the philosophy of mathematics, epistemology, language theory, and the philosophy of science. His works have appeared in over nine languages.

He was a member of the Norwegian Academy of Science and Letters.[2] On May 26, 2000 Hintikka received an honorary doctorate from the Faculty of History and Philosophy at Uppsala University, Sweden[3]

Hintikka is regarded as the founder of formal epistemic logic and of game semantics for logic. Early in his career, he devised a semantics of modal logic essentially analogous to Saul Kripke's frame semantics, and discovered the now widely taught semantic tableau, independently of Evert Willem Beth. Later, he worked mainly on game semantics, and on independence-friendly logic, known for its "branching quantifiers", which he believed do better justice to our intuitions about quantifiers than does conventional first-order logic. He did important exegetical work on Aristotle, Immanuel Kant, Ludwig Wittgenstein, and Charles Sanders Peirce. Hintikka's work can be seen as a continuation of the analytic tendency in philosophy founded by Franz Brentano and Peirce, advanced by Gottlob Frege and Bertrand Russell, and continued by Rudolf Carnap, Willard Van Orman Quine, and by Hintikka's teacher Georg Henrik von Wright. For instance, in 1998 he wrote The Principles of Mathematics Revisited, which takes an exploratory stance comparable to that Russell made with his The Principles of Mathematics in 1903. 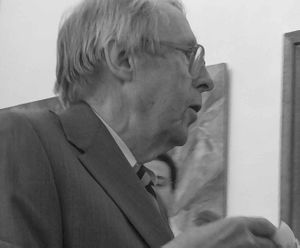