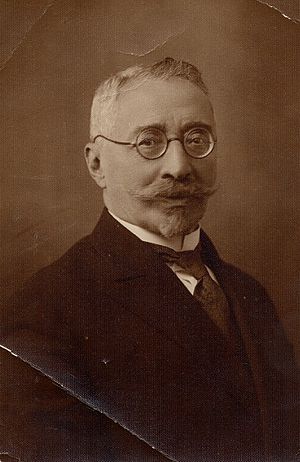 Wygodzki finished a military medical academy in Imperial Russia, and became an important Zionist acitivist in the Jewish community in late 19th century Vilna (Vilnius, Wilno). He supported Lithuanian independence, and joined the Lithuanian government as their Minister for Jewish Affairs. After Wilno was annexed by Poland (see Republic of Central Lithuania), he became the member of the Bloc of National Minorities party and a deputy to the Polish parliament (Sejm).

After Wilno was occupied by Nazi Germany, for a time he was a member of the Vilna Ghetto's Judenrat. After he refused to further collaborate with the Germans, he was tortured and killed in the Lukiškės Prison in 1941.[1]