From Infogalactic: the planetary knowledge core
Jump to: navigation, search
Not to be confused with Joan Robinson Hill.

Joan Violet Robinson FBA (31 October 1903 – 5 August 1983) was a British post-Keynesian economist who was well known for her work on monetary economics and wide-ranging contributions to economic theory. She was the daughter of Major-General Sir Frederick Barton Maurice, 1st Baronet, and was married to Austin Robinson, a fellow economist. Together, they had two children.

Robinson studied economics at Girton College, Cambridge. While at Cambridge University she came under the influence of Maurice Dobb. He was a member of the Communist Party of Great Britain.[1] "Dobb was probably the first academic in Britain to carry a Communist Party membership card. Without Dobb, communism would never have gained the prominence in Cambridge that it did."[2]

According to Robinson, not all of his students agreed with his political views. A group of "hearties" seized him and threw him "fully dressed into the River Cam" in a futile effort to teach him sense. This happened to Dobb more than once; but his persecutors became bored and eventually left him alone.[3]

Immediately after graduation in 1925, she married the economist Austin Robinson. In 1937, she became a lecturer in economics at the University of Cambridge. She joined the British Academy in 1958 and was then elected fellow of Newnham College in 1962. In 1965 she assumed the position of full professor and fellow of Girton College. In 1979, just four years before she died, she became the first female honorary fellow of King's College.

As a member of "the Cambridge School" of economics, Robinson contributed to the support and exposition of Keynes' General Theory, writing especially on its employment implications in 1936 and 1937 (it attempted to explain employment dynamics in the midst of the Great Depression).

In 1933 in her book The Economics of Imperfect Competition, Robinson coined the term "monopsony," which is used to describe the buyer converse of a seller monopoly. Monopsony is commonly applied to buyers of labour, where the employer has wage setting power that allows it to exercise Pigouvian exploitation[4] and pay workers less than their marginal productivity. Robinson used monopsony to describe the wage gap between women and men workers of equal productivity.[5]

In 1942 Robinson's An Essay on Marxian Economics famously concentrated on Karl Marx as an economist, helping to revive the debate on this aspect of his legacy.

During the Second World War, Robinson worked on a few different Committees for the wartime national government. During this time, she visited the Soviet Union as well as China. She developed an interest in underdeveloped and developing nations and contributed much of what is now understood in this area of economics.[citation needed]

In 1948 she was appointed the first economist member of the Monopolies and Mergers Commission.[6]

In 1949 she was invited by Ragnar Frisch to become the Vice-President of the Econometric Society but declined, saying she couldn't be part of the editorial committee of a journal she couldn't read.

In 1956 Robinson published her magnum opus, The Accumulation of Capital, which extended Keynesianism into the long-run.

In 1962 she published Essays in the Theory of Economic Growth, another book on growth theory, which discussed Golden Age growth paths. Afterwards she developed the Cambridge growth theory with Nicholas Kaldor. She was elected a Foreign Honorary Member of the American Academy of Arts and Sciences in 1964.[7]

During the 1960s she was a major participant in the Cambridge capital controversy alongside Piero Sraffa.

Near the end of her life she studied and concentrated on methodological problems in economics and tried to recover the original message of Keynes' General Theory. Between 1962 and 1980 she wrote many economics books for the general public. Robinson suggested developing an alternative to the revival of classical economics.

At least two students who studied under her have won the Nobel Prize in Economic Sciences: Amartya Sen and Joseph Stiglitz. In his autobiographical notes for the Nobel Foundation, Stiglitz described their relationship as "tumultuous" and Robinson as unused to "the kind of questioning stance of a brash American student"; after a term, Stiglitz therefore "switched to Frank Hahn".[8] In his own autobiography notes, Sen described Robinson as "totally brilliant but vigorously intolerant".[9] 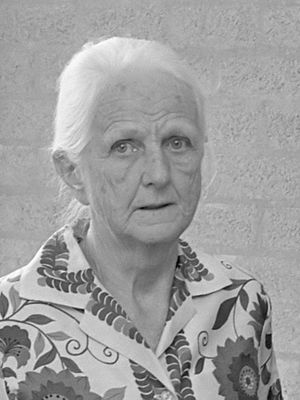 Robinson was a frequent visitor to Centre for Development Studies (CDS), Thiruvananthapuram, India. She was a Visiting Fellow at the Centre in the mid-1970s. She instituted an endowment fund to support public lectures at the Centre. She was a frequent visitor to the Centre until January, 1982 and participated in all activities of the Centre and especially student seminars. Professor Robinson donated royalties of two of her books (Selected Economic Writings, Bombay: Oxford University Press, 1974, Introduction to Modern Economics (jointly with John Eatwell), Delhi; Tata McGraw Hill, 1974) to CDS.

Also, Robinson made several trips to China, reporting her observations and analyses in China: An Economic Perspective (1958), The Cultural Revolution in China (1969), and Economic Management in China (1975; 3rd edn, 1976), in which she praised the Cultural Revolution. In October 1964, Robinson also visited North Korea, which implemented social reforms and collectivisation at the time, and wrote in her report "Korean Miracle" that the country's success was due to "the intense concentration of the Koreans on national pride" under Kim Il-sung, "a messiah rather than a dictator".[10] She also stated in reference to the division of Korea that "[o]bviously, sooner or later the country must be reunited by absorbing the South into socialism."[11] During her last decade, she became more and more pessimistic about the possibilities of reforming economic theory, as expressed, for example, in her essay "Spring Cleaning".[12]

The Cultural Revolution in China is written from the perspective of trying to understand the thinking that lay behind the revolution, particularly Mao Zedong's preoccupations. Mao is seen as aiming to recapture a revolutionary sense in a population that had known only, or had grown used to, stable Communism, so that it could "re-educate the Party" (pp. 20, 27); to instil a realisation that the people needed the guidance of the Party and much as the other way round (p. 20); to re-educate intellectuals who failed to see that their role in society, like that of all other groups, was to 'Serve the People' (pp. 33, 43); and finally to secure a succession, not stage-managed by the Party hierarchy or even by Mao himself but the product of interaction between a revitalised people and a revitalised Party (p. 26).

On the whole, the book emphasises the positive aspects of Mao's "moderate and humane" intentions (p. 19) rather than the "violence and disorder" that broke out, we are told, "from time to time", occurrences "strongly opposed" (ibid.) to Mao's wishes. Robinson recognises and appears to endorse a revision to classical Marxism in Mao's view of the relation of base to superstructure: "On the classical view, there is one-way determination between base and superstructure but Mao shows how the superstructure may react upon the base: Ideas may become a material force" (p. 12). She acknowledges that "Old-fashioned Marxists might regard this as a heresy, but that is scarcely reasonable" (ibid.).

Texts for the lay reader