John Lewis "Jan" Hall (born August 21, 1934) is an American physicist, and Nobel laureate in physics. He shared one fourth of the 2005 Nobel Prize in Physics with Theodor W. Hänsch and Roy Glauber for his work in precision spectroscopy.

Born in Denver, Colorado, Hall holds three degrees from Carnegie Institute of Technology, a B.S. in 1956, an M.S. in 1958, and a Ph.D. in 1961. He completed his postdoctoral studies at the Department of Commerce's National Bureau of Standards, now the National Institute of Standards and Technology (NIST), where he remained from 1962 until his retirement in 2004. He has lectured at the University of Colorado Boulder since 1967.

Hall is currently a NIST Senior Fellow, Emeritus and remains a Fellow at JILA, formerly the Joint Institute for Laboratory Astrophysics, and Lecturer at the CU-Boulder Physics Department. JILA is a research institute managed jointly by CU-Boulder and NIST.

Hall shared half of the Nobel prize with Theodor W. Hänsch for their pioneering work on laser-based precision spectroscopy, and the optical frequency comb technique. The other half of the prize was awarded to Roy J. Glauber.

Hall has received many other honors for his pioneering work, including the Optical Society of America's Max Born Award "for pioneering the field of stable lasers, including their applications in fundamental physics and, most recently, in the stabilization of femtosecond lasers to provide dramatic advances in optical frequency metrology." 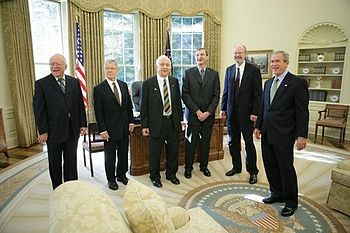