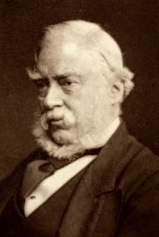 He began his literary career by writing on finance. He was an excellent linguist, and the author of many translations from German, notably of Goethe's Dichtung und Wahrheit (1846) and Eckermann's Conversations with Goethe (1850).

His first play was My Fellow Clerk, produced at the Lyceum Theatre in 1835. This was followed by a long series of pieces, the most famous of which was perhaps the Porter's Knot (1858) and Twice Killed (1835). About 1850, he became dramatic critic of The Times. He wrote a version of Last Days of Pompeii in 1872. He also wrote many operatic libretti, including eight for George Alexander Macfarren, including Robin Hood (1860).[1]

Bryan Magee, in his The Philosophy of Schopenhauer, described how Oxenford contributed to the promulgation of Schopenhauer's work. Oxenford's anonymous Westminster Review 1853 article, "Iconoclasm in German Philosophy," was written in order to present Schopenhauer as a critic of Hegel. It was translated and published in the Vossische Zeitung, which resulted in German readers showing enthusiastic and enduring interest in Schopenhauer's writings. It also advanced the cause of Richard Wagner in Britain.[1]

His 1835 one-act A Day Well Spent, after expansion, translation, and rewriting, formed the basis of Thornton Wilder's play The Matchmaker, which itself was the basis of the stage musical and movie Hello, Dolly!.

Many references to his pieces will be found in The Life and Reminiscences of E. L. Blanchard (ed. C Scott and C Howard, 1891).